We are rapidly moving toward the singular event in Jesus’ life.  We are moving toward the reason for the Incarnation that we celebrated three months ago.  Next Sunday we will hear the chilling introduction to the Gospel:  The Passion of Our Lord Jesus Christ according to Mark.  Throughout the rest of Holy Week we will recall the most important event in the history of the world; we will recall the most important event for our lives;  we will move from the institution of the Eucharist, through another hearing of Our Lord’s Passion, to the long peculiar emptiness of Holy Saturday to the ecstatic joy of the Easter Vigil when we will hear again the forging of the Old Covenant and sing Alleluia, He is Risen,  in celebration of the New.

The covenant God formed with His people was not, and is not, a pact between equals.  It was not, is not, and never will be a democracy.  God decided in freedom to grant His allegiance to Israel and dictated His own conditions.  We are free to accept or reject those conditions.  We are not free to negotiate them to suit our taste. God chose Israel without any merit on its part.  God has chosen us without any merit on our own parts.  Like Ancient Israel we are sinners.  But we are sinners loved by God.  God has given his love freely.  We can only respond with a love that translates itself into obedience to the conditions of that covenant.  We heard the how of that obedience in today’s Gospel.

The reading from Hebrews reminds us that Jesus, fully divine and fully human, was acquainted with the trials and suffering of our nature.  Next Sunday we will recall Jesus’ fear.  Three times he prayed, “Abba . . . take this cup away from me.”  And three times he offered his obedience, “But not what I will but what you will.”

After his exaltation Jesus no longer knows weakness.  But, having experienced weakness: fear of death, fear of pain, fear of dying,  and the sorrow of abandonment, he knows our fear of death, dying, pain and abandonment.   Truly God.  Yes.  And truly human, like us in all things but sin.

John’s Gospel picks up as Jesus approached the final days of His life on earth.  The next chapter begins with the words,  “Now before the feast of the Passover, when Jesus knew that his hour had come to depart out of this world to the Father . . . . “

Jesus is giving his final instructions to his followers.  In this instruction we hear the how of our obedience.  In the Revised Standard Edition translation one hears:  “If any one serves me he must follow me; and where I am, there shall my servant be also; if anyone serves me, the Father will honor him."  Confessing Jesus, believing in Him as Son of God, as Revealer of the Father, and Messiah is not an intellectual or mental exercise. Faith in Jesus is not something to pull out when convenient, or just for holidays. It is not something one can store on a shelf.

Back around 1996 Fr. John, the Franciscan chaplain at Dartmouth College, preached a challenging and squirm-inducing homily at the heavily attended 11 AM Mass.   While leaving Mass I overheard a young woman telling a classmate in response to Father's challenge, “I don’t want my religion to influence my political and economic decisions.”   The absurdity of that comment is right up there with, “I’m very spiritual but not at all religious.”  Those who claim to serve the Lord must follow Him in the service of His Father. They do that by the totality of their obedience to the Father and in their love for one another.

Jesus’ words: “where I am, there shall my servant be also” radically alter our understanding of death.  Prior to Jesus' act of obedience, death was a descent into Sheol, the dank and dismal habitation of the dead.  Henceforth, the death of those who serve and follow the Lord is an ascent to the Father where the Son also is.  Thus we can say with the psalmist in today’s responsorial, the great Miserere

Today is the first full day of spring.  It has been a very long winter.  We got an additional inch  or so of snow this AM.  Very wet but very little.  Temps going up.  Roads no problem.  Mass this afternoon and again in the AM.  One question preoccupies me.  Where have all the flowers gone?  The secondary question is whether or not they will ever return.  The attached photos without commentary were taken in a variety of places both in and out of the U.S. 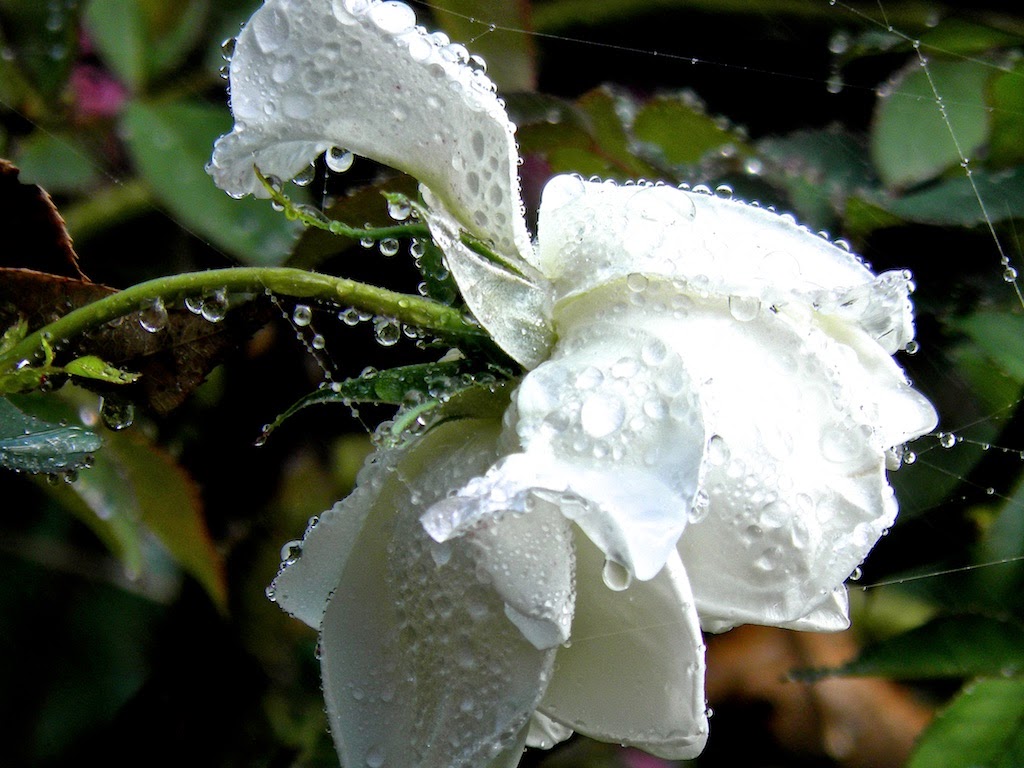 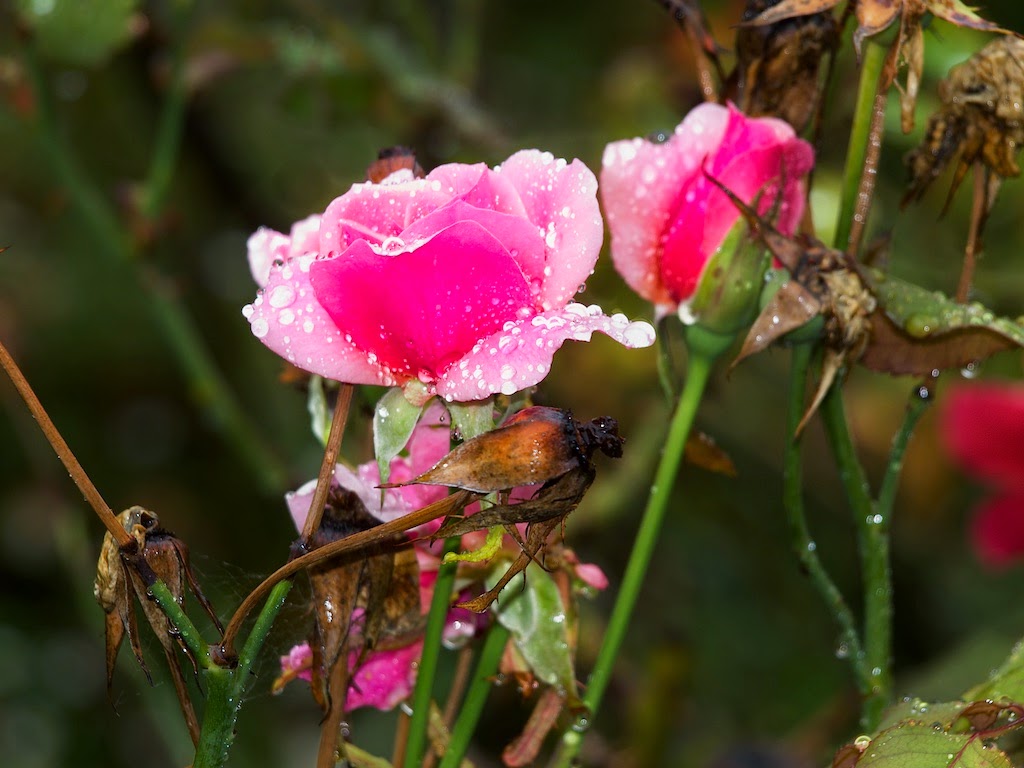 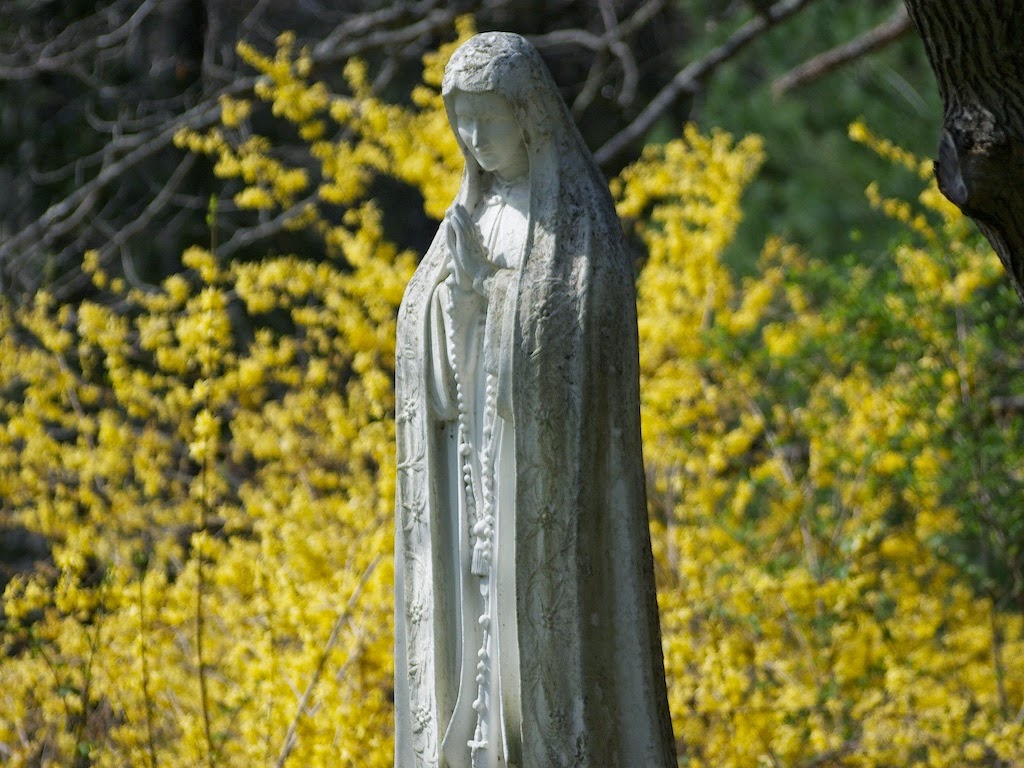 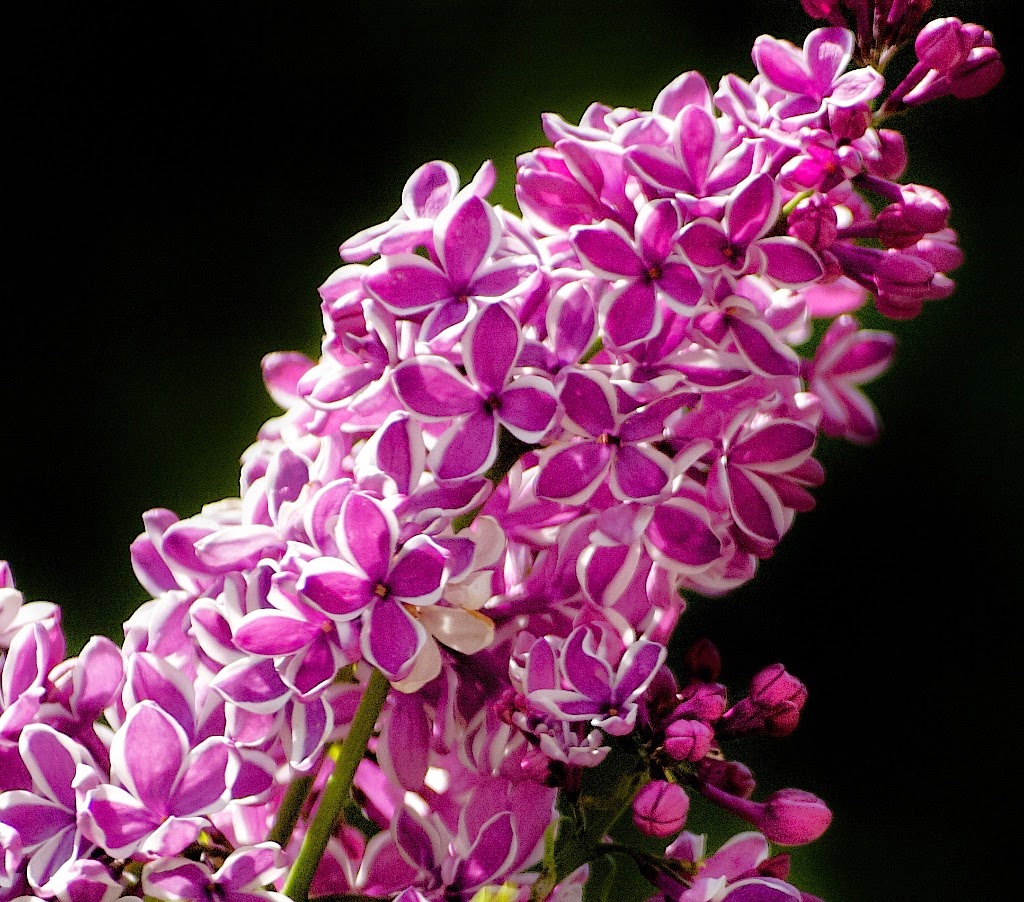 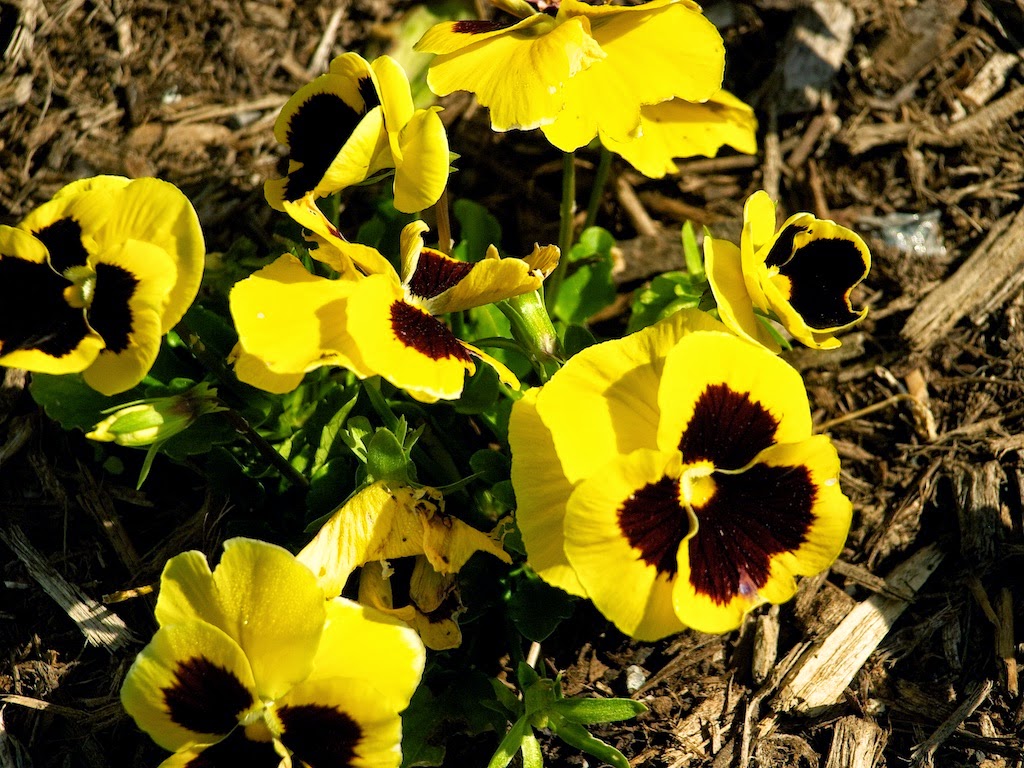 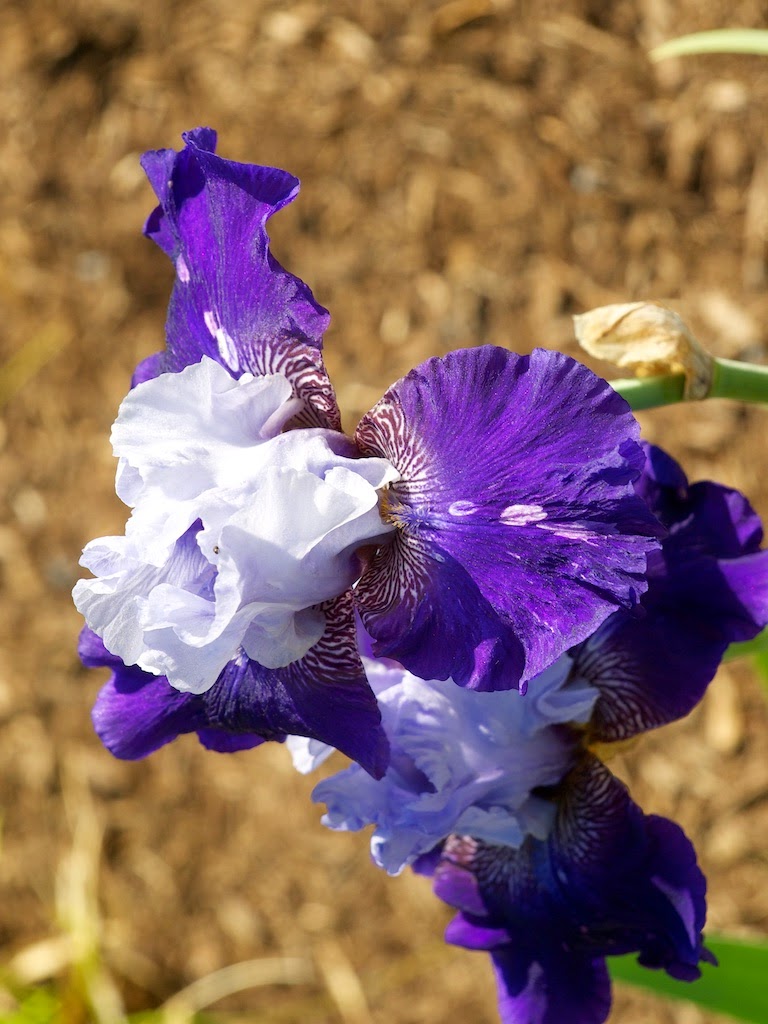 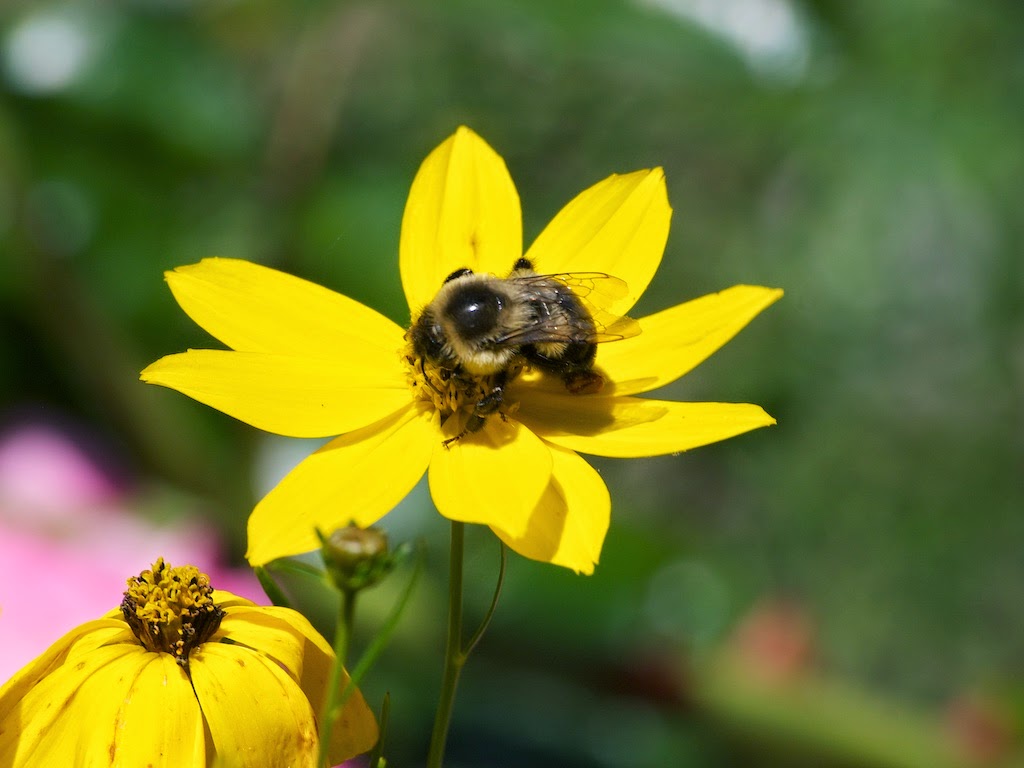 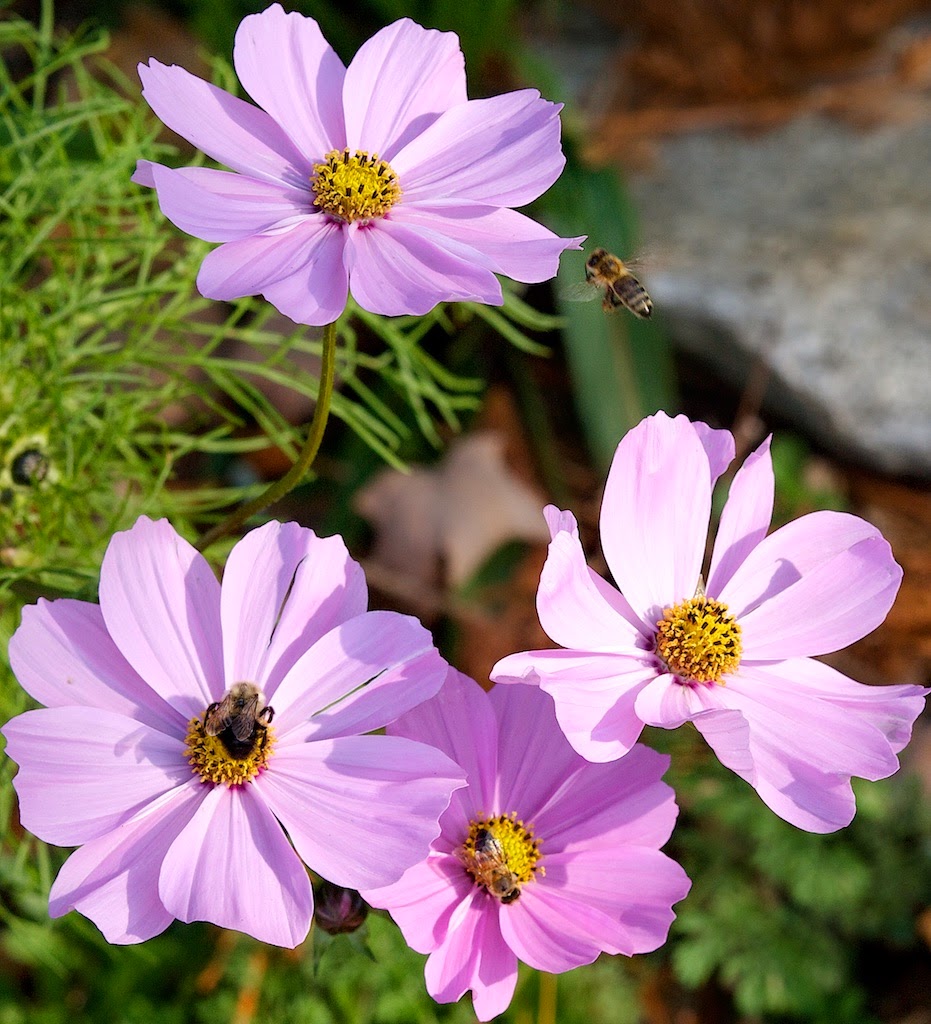 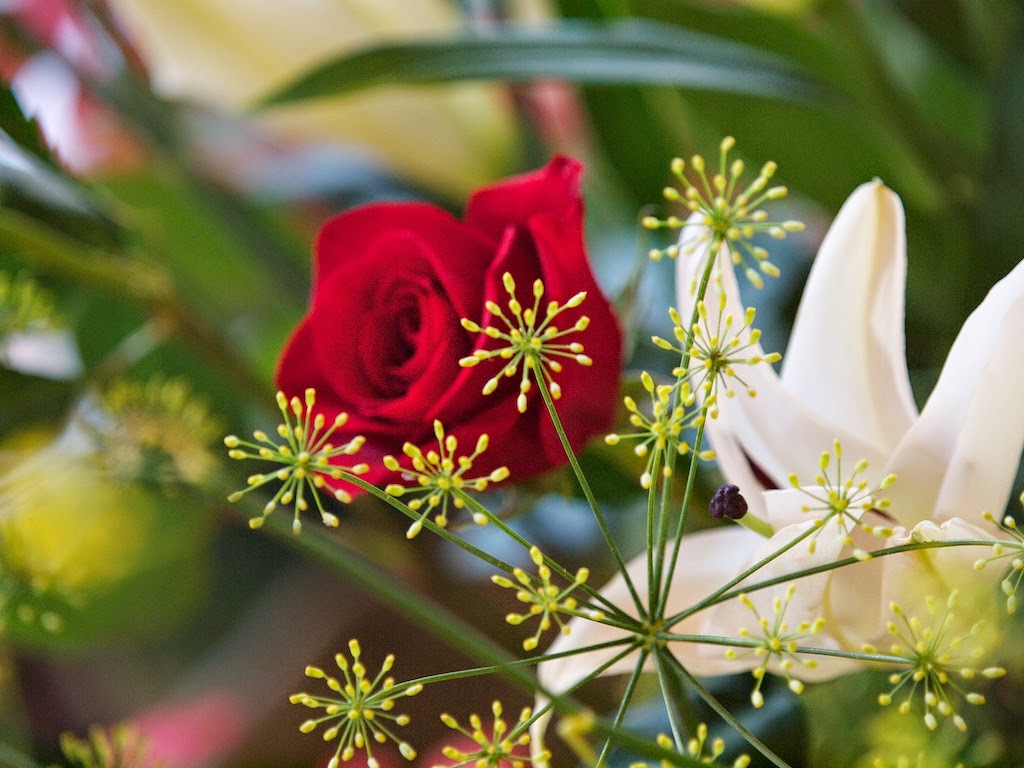 “Hear O Israel
The Lord our God
is Lord alone!”

Thus begins Jesus’ reply to the scribe.  It is a direct quote from Deuteronomy of what came to be known as the shema.  As a prayer, the Shema became central to Judaism beginning in the late Second Temple period.  Even today devout Jewish men are required to recite this prayer twice daily. The Shema is held in the mezuzah which Jews place on the doorpost of their homes.

Unfortunately, Catholics only hear these words proclaimed more fully in the reading from Deuteronomy at Mass every other year on the 18th Saturday of ordinary time.  This is generally not a heavily attended Mass in most parishes. Fortunately, we encounter the shema weekly in Night Prayer after Evening Prayer I on Sundays in the breviary.

From his reply here we recall that Jesus did not abolish the ten commandments.  He perfected them.   He placed them in the context of love; love for God love for one’s neighbor. Jesus shifted the focus of religious observance from the multiple laws governing diet, work and other minutiae of life, to love for God and neighbor.

One of the early rabbinic sages described these two commandments as containing all of the Torah with the rest serving as commentary.  It is a good thought to keep in mind.  Two commandments as opposed to six hundred plus laws?  Sounds simpler on the surface.  But, as is true of much of what Jesus taught, apparent simplification is, in the end, considerably more complex and difficult.

Photos are all black and white.  All of them were taken at one of three monasteries,Abbey of  Regina Laudis, St. Joseph Abbey, and St. Vincent Archabbey.

Regina Laudis is a seriously active farm.  The tractor is sitting in a barn awaiting its next job. 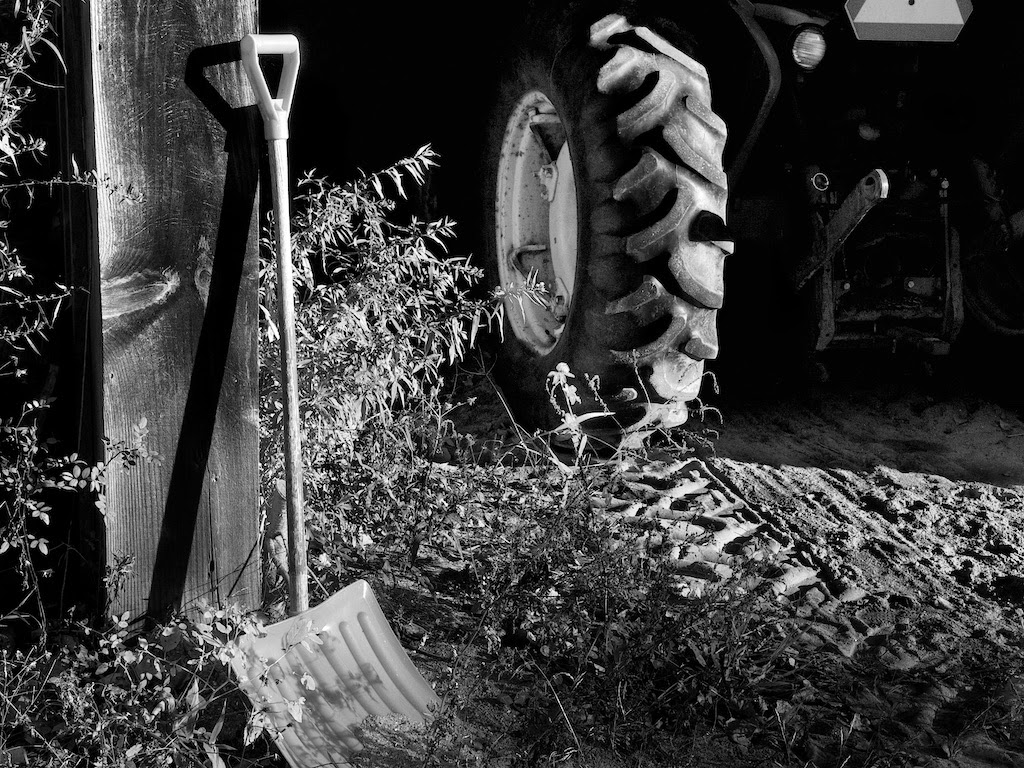 The monastic choir at Regina Laudis.  The sun was dramatic. 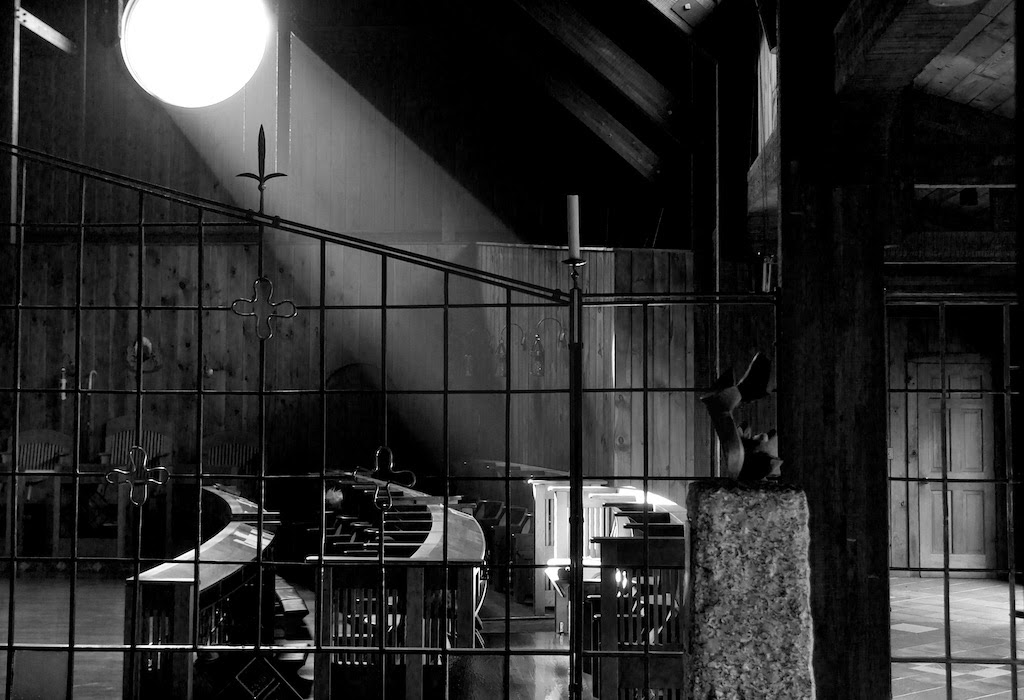 A still life in the men's guest house at Regina Laudis. 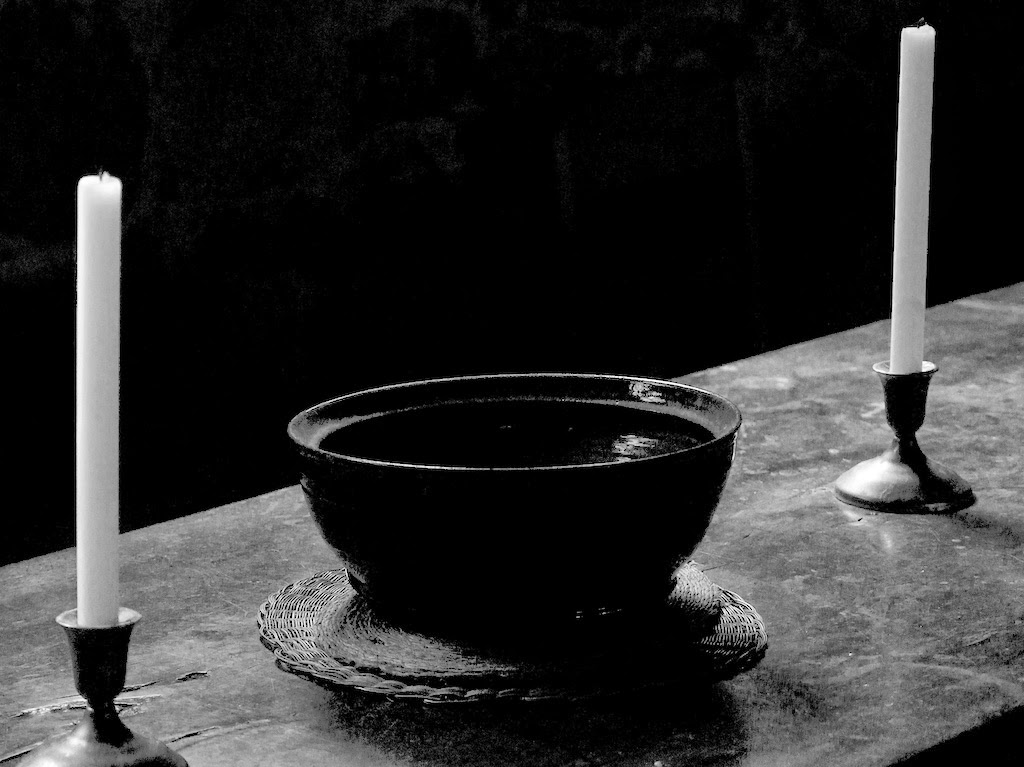 Small chapel at St. Vincent Archabbey for adoration in AM. 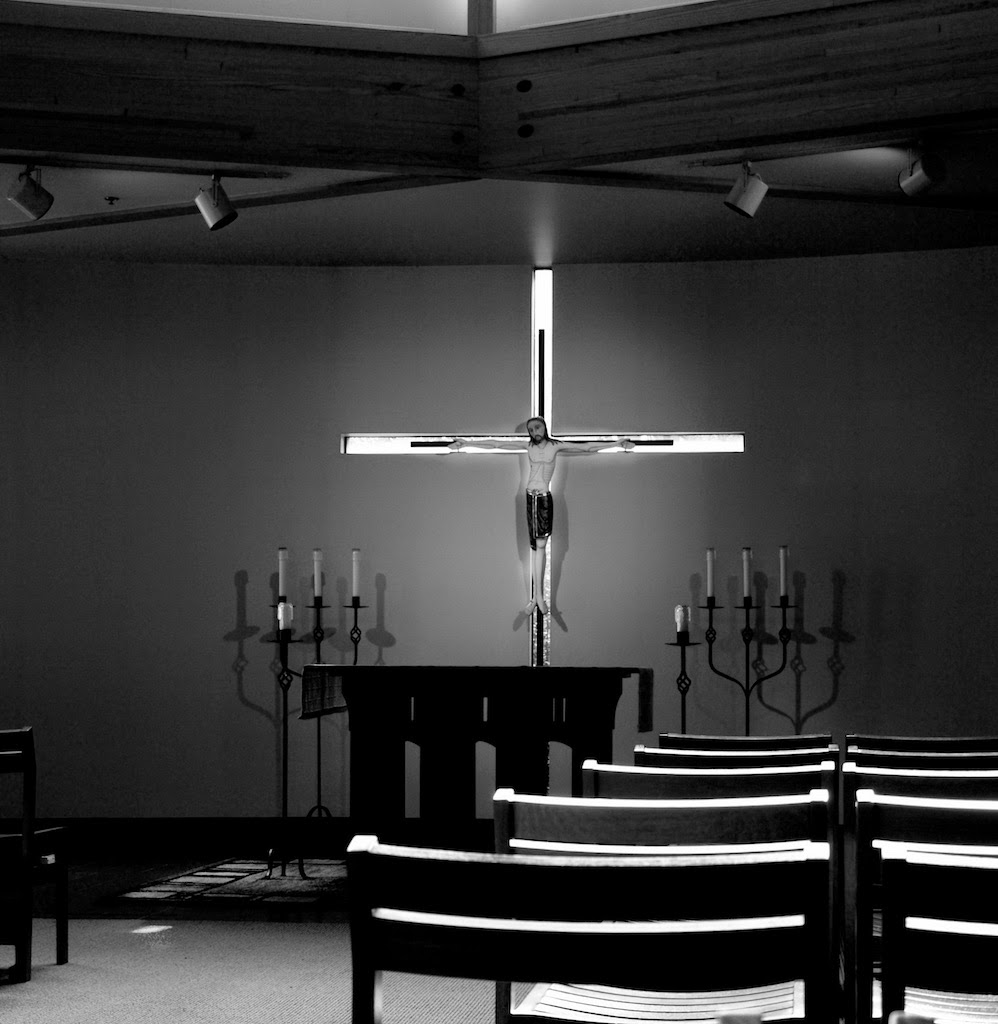 The graveyard at St. Vincent.  The archabbey was established over two hundred years ago. Many long rows of identical crosses marking the grave. 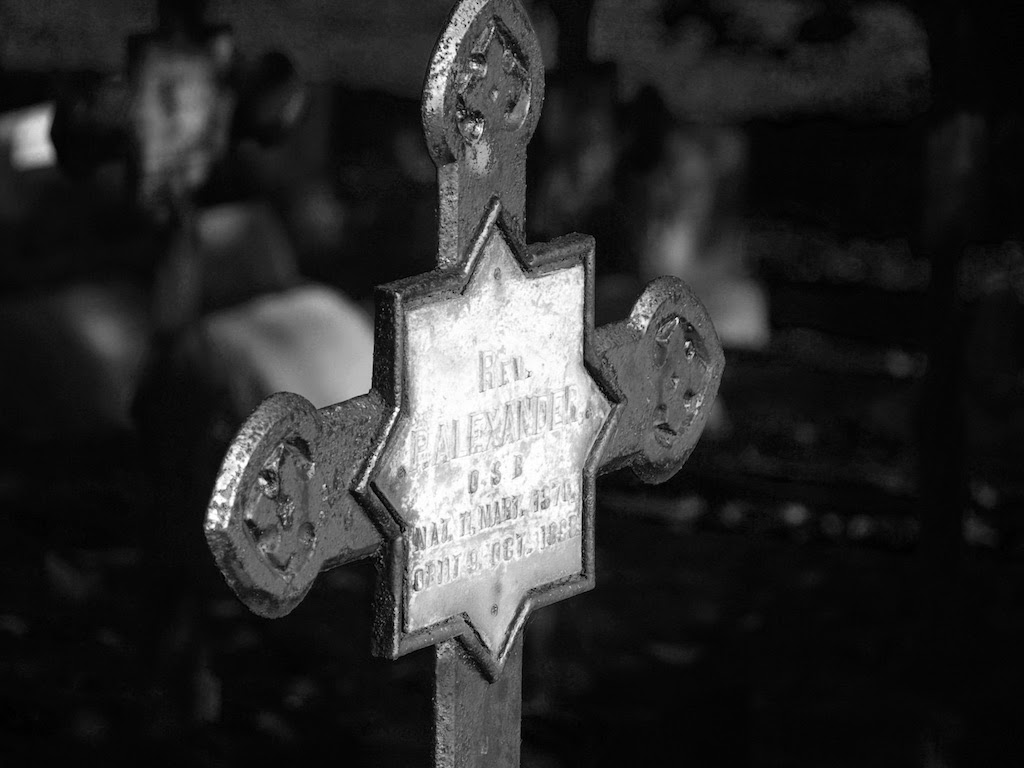 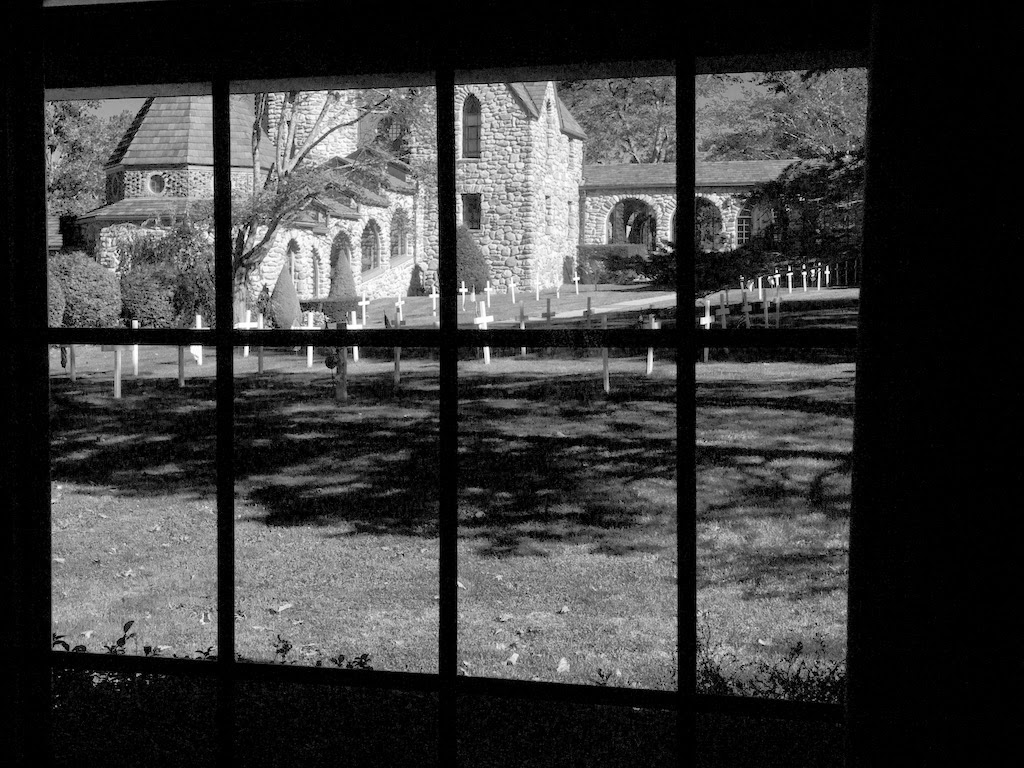 One of the libraries at St. Joseph Abbey. 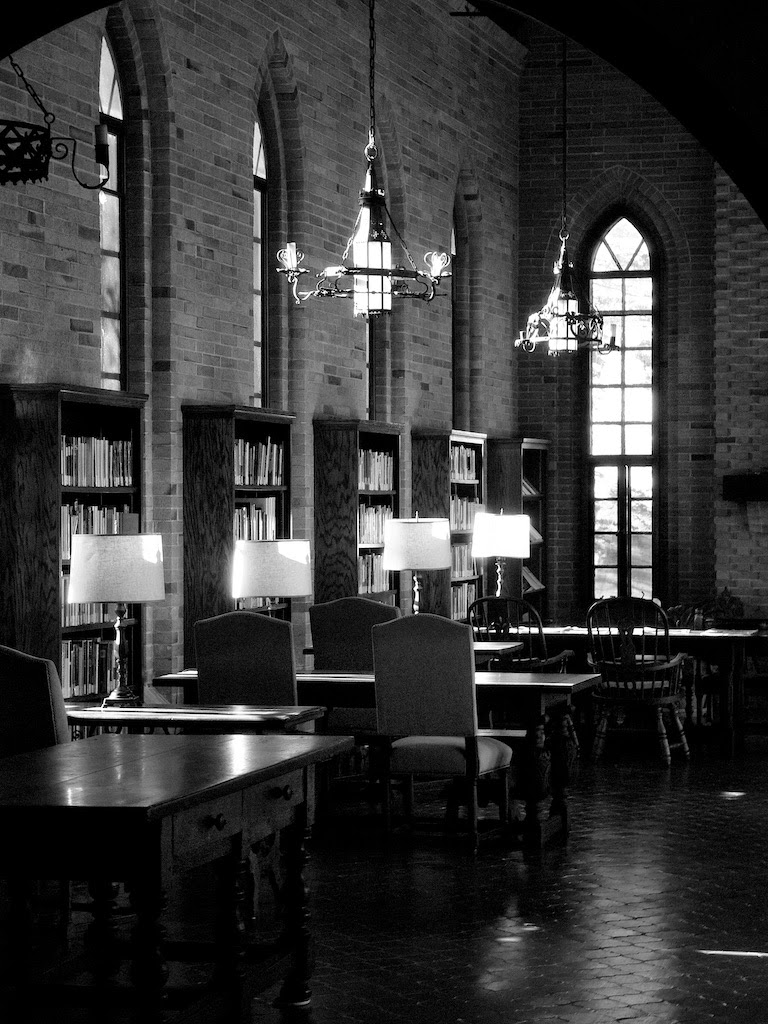 The monastic choir at St. Joseph. 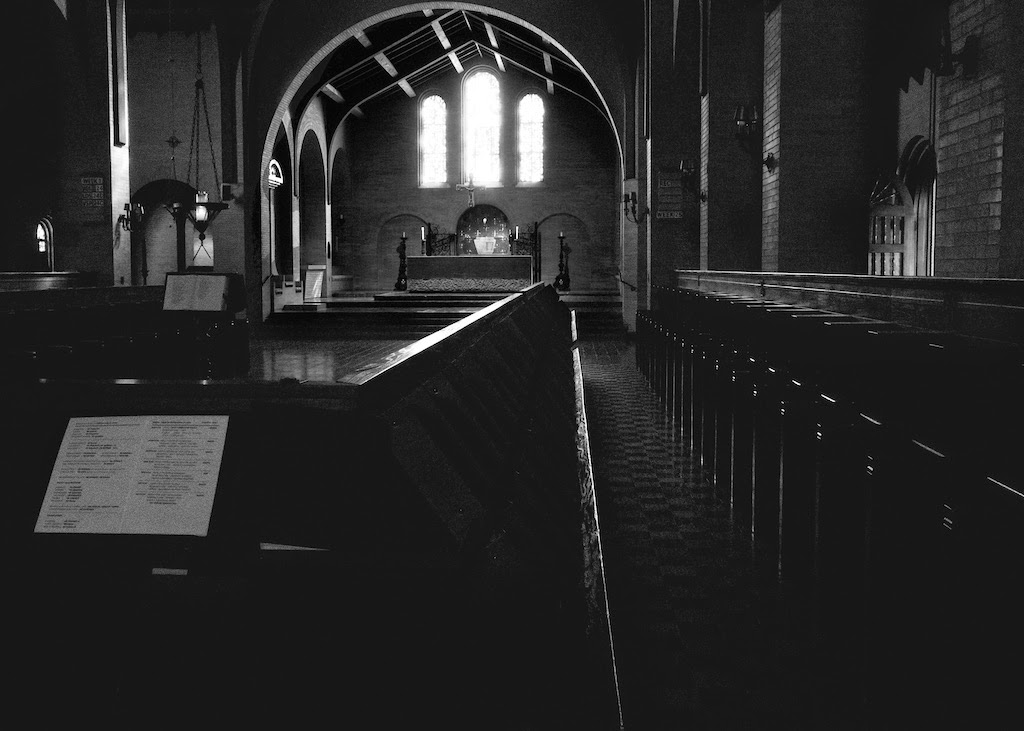 My favorite.  I did my final vow retreat at St. Joseph.  With two days left in the eight day retreat it was time to write out three copies of each of the two sets of vows that a Jesuit pronounces.  The paper with holes are practice sheets.  Everything had to fit within the lines and on one page.  No problem for the public vows but a real challenge with the five "simple vows" that I pronounced in the sacristy after Mass with eight Jesuits present, including George.  Fr. General and I both signed them, a total of six signatures each. 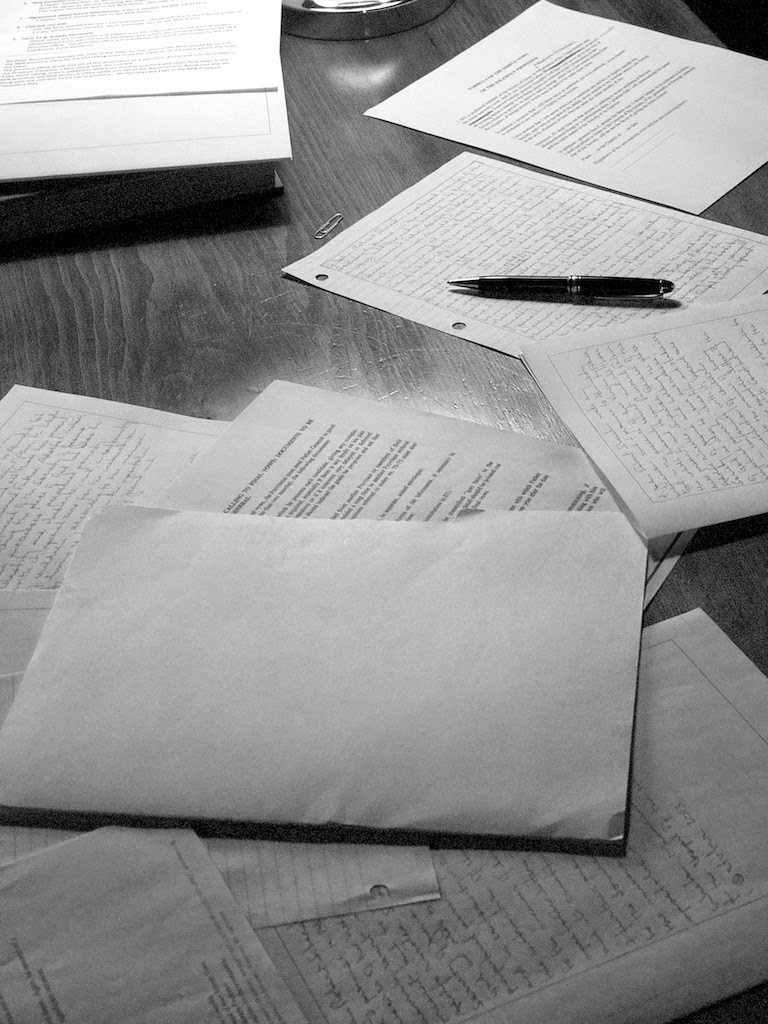