Feast of the Holy Family

Today’s feast of the Holy Family reminds us that Jesus was born into, raised by and emerged from a family.  The immediate family was small but there are hints that Jesus was raised among other relatives in a larger extended family.  Outside the circle of His family, Jesus emerged from a particular social world that was governed by the religious traditions and laws of Israel.  As we hear today, his parents observed the traditions and laws regarding circumcision, purification, and dedication of the first born male to the Lord.  The story of Jesus, and thus the story of our redemption from sin and death, is, above all, a human one.  We can identify with the humanity of his story.  We rejoice in the humanity of his story.

We rejoice because like us, Jesus was carried in the womb.  Like us, Jesus endured the messy process known as childbirth.  Like us, Jesus began life as a helpless, mewling, and completely dependent infant.  Like us, Jesus was raised in a family where He grew through childhood and adolescence into adulthood.  Like us, Jesus learned a trade.  Jesus was like us in everything but sin.  We rejoice because, Jesus did not put in a cameo appearance on earth and then return to Mt. Olympus after wreaking vengeance on an enemy god or goddess.   Jesus did not remain aloof from life on this earth.  He did not shy away from its trials and tribulations, its joys and sorrows. Rather, he participated fully in them.  Jesuit Father Karl Rahner points out that, Jesus “came into the world the same way we did in order to come to terms with the given facts of human existence, and to begin to die”

And to begin to die.

There are hints of the life Jesus was to live and the death he was to undergo in Simeon’s cryptic comment to Mary “and you yourself, a sword will pierce” or, in another translation “and a sword will pierce through your own soul also.”  What did Mary feel when she heard these words?  Did she recall them as she stood at the foot of the cross? There is no more searing pain, there is no deeper grief than that of a parent who endures the death of a child at any stage of the child’s life, from life in the womb to death in old age.  Mary knew that unimaginable pain.

Over the past weeks we heard the first two chapters of Luke’s gospel, chapters that contain the Church's most exquisite and frequently recited prayers.

The Benedictus begins the day.

“Blessed be the Lord, the God of Israel, He has come to His people and set them free.”

The first four lines of The Ave Maria:

“Hail full of grace, the Lord is with thee, blessed are you among women and blessed is the fruit of thy womb”

Mary’s  Magnificat
“My soul proclaims the greatness of the Lord, my spirit rejoices in God my savior.”

"Lord, now you let your servant go in peace, your word has been fulfilled. . . ."

This is one of the last prayers of the Church's day.

Our challenge is to recognize the sanctity of the family and the sanctity family life. The challenges are significant. We are, after all, sinners who don’t always get it right.  But we have the example of the Holy Family.

The example is in Joseph’s yes to the angel who instructed him: “Do not fear to take Mary your wife . . .”

The example is in Mary’s yes, at the Annunciation, a yes that changed the history of the world, the yes that will echo through the universe even when it comes to an end.

The example is in Jesus’ yes at Gethsemane, “not as I will, but as thou wilt.”

Below are some photos from Regina Laudis.  Will be returning there to celebrate the Easter Triduum.  Excited to be able to do so.  Have wanted to celebrate the entire triduum ever since I was ordained.  This will be my first chance.  And in Latin.

The first is one of the lamb sculptures that dot the grounds.  All of the metalwork at the monastery was done by some of the nuns who are artisans.  The lambs are welded squares. 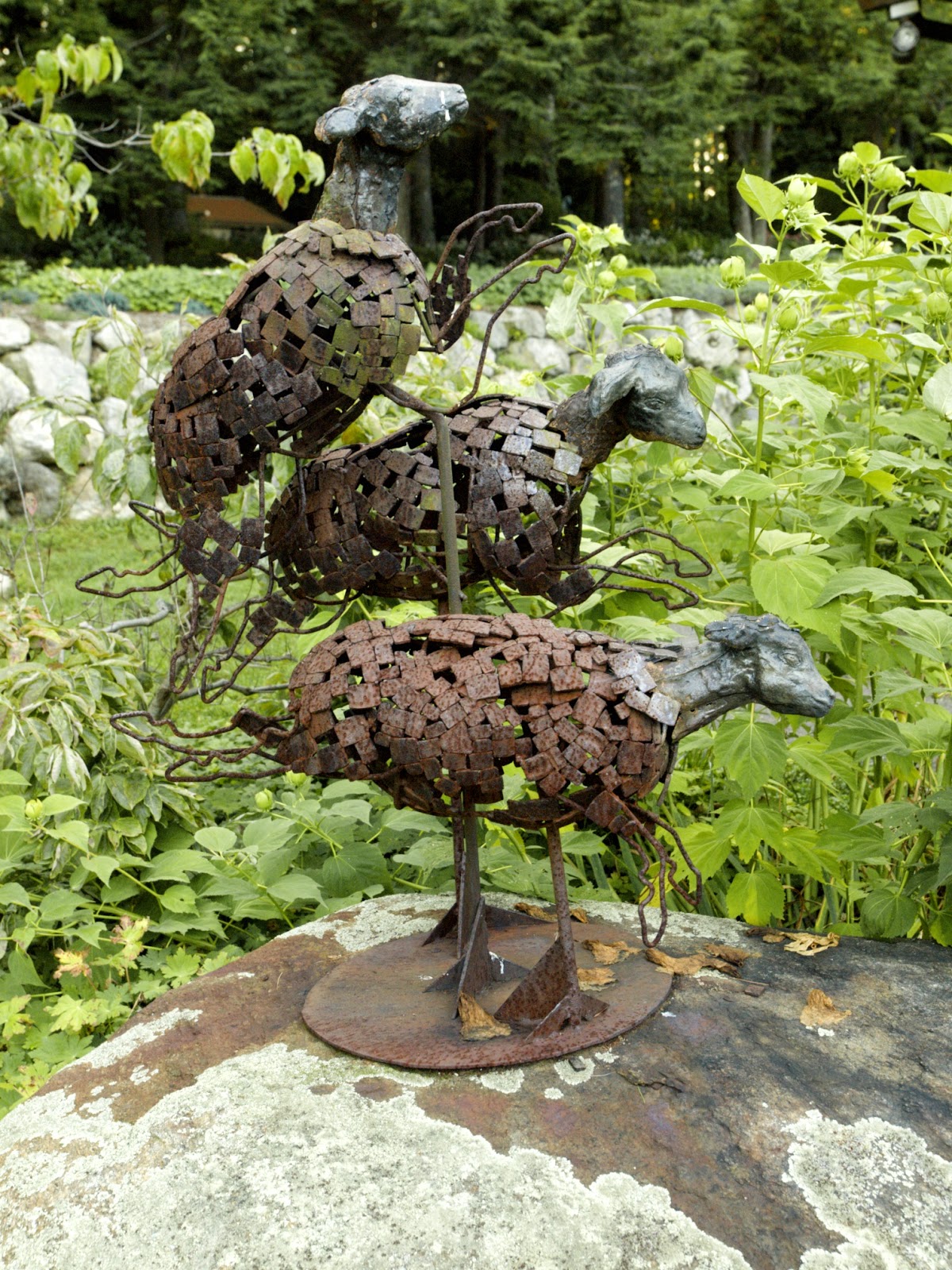 The choir viewed through the grille.  Also forged at the Abbey. 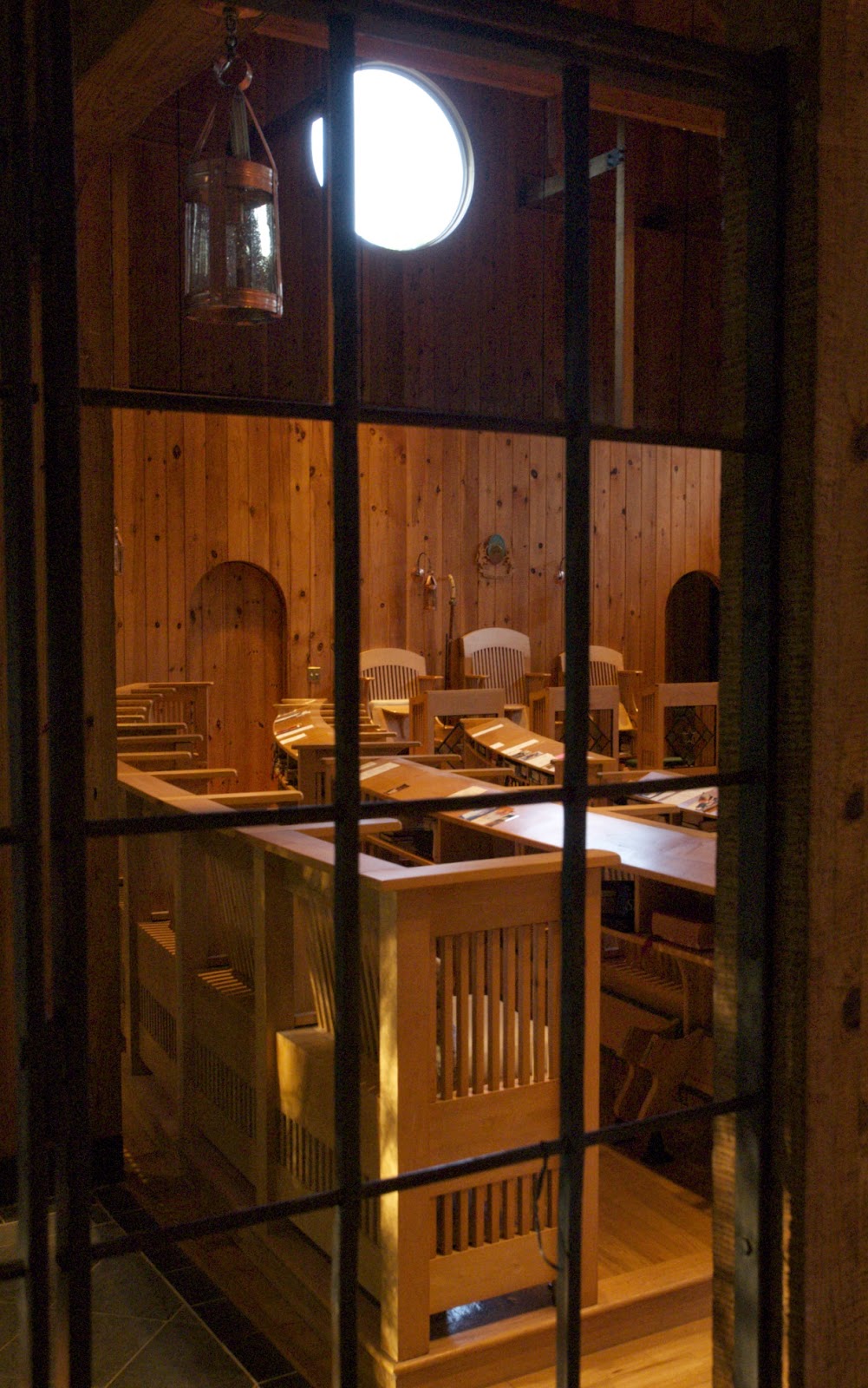 The choir loft and organ. 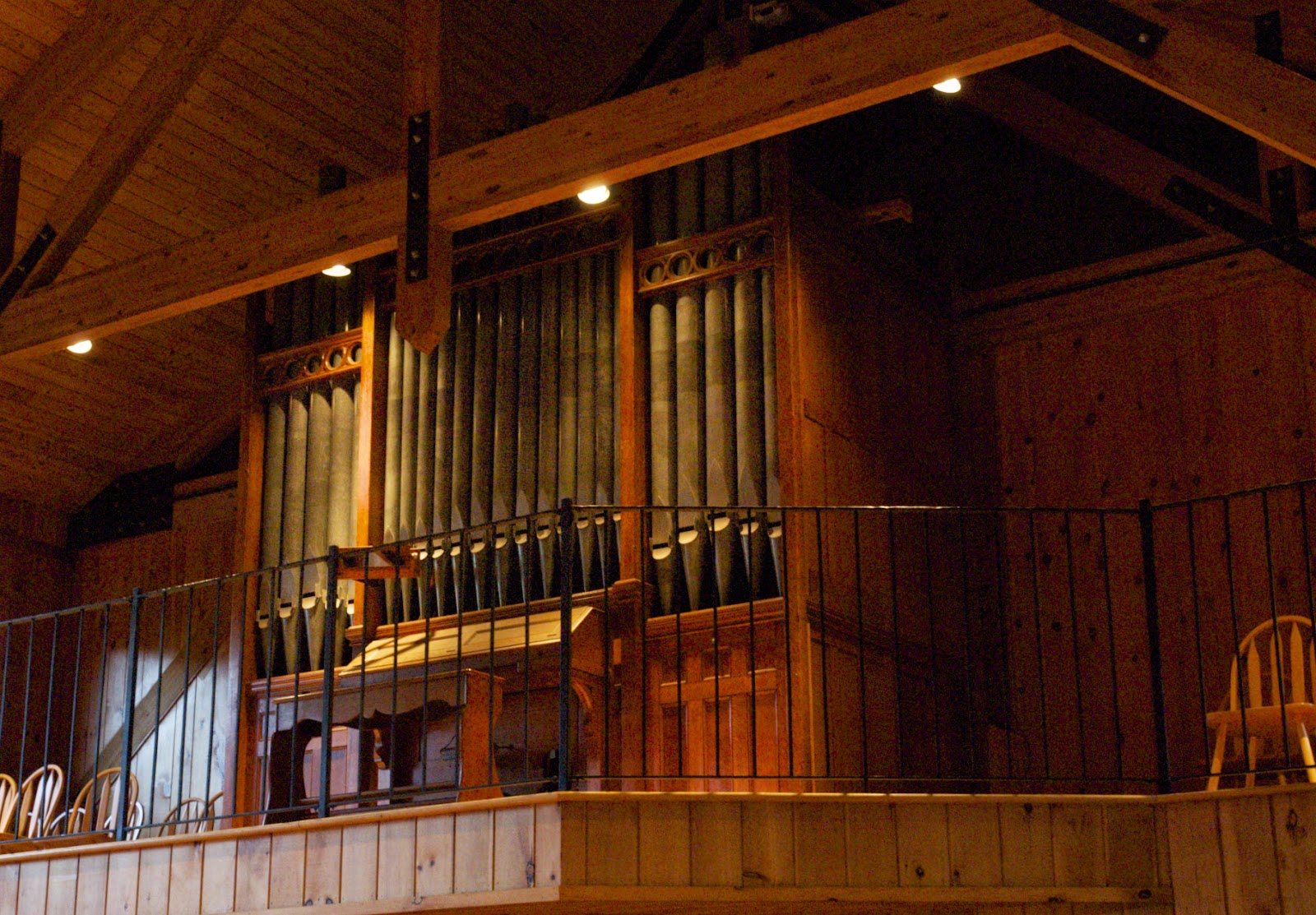 The bench in front of the men's guesthouse where I stayed. 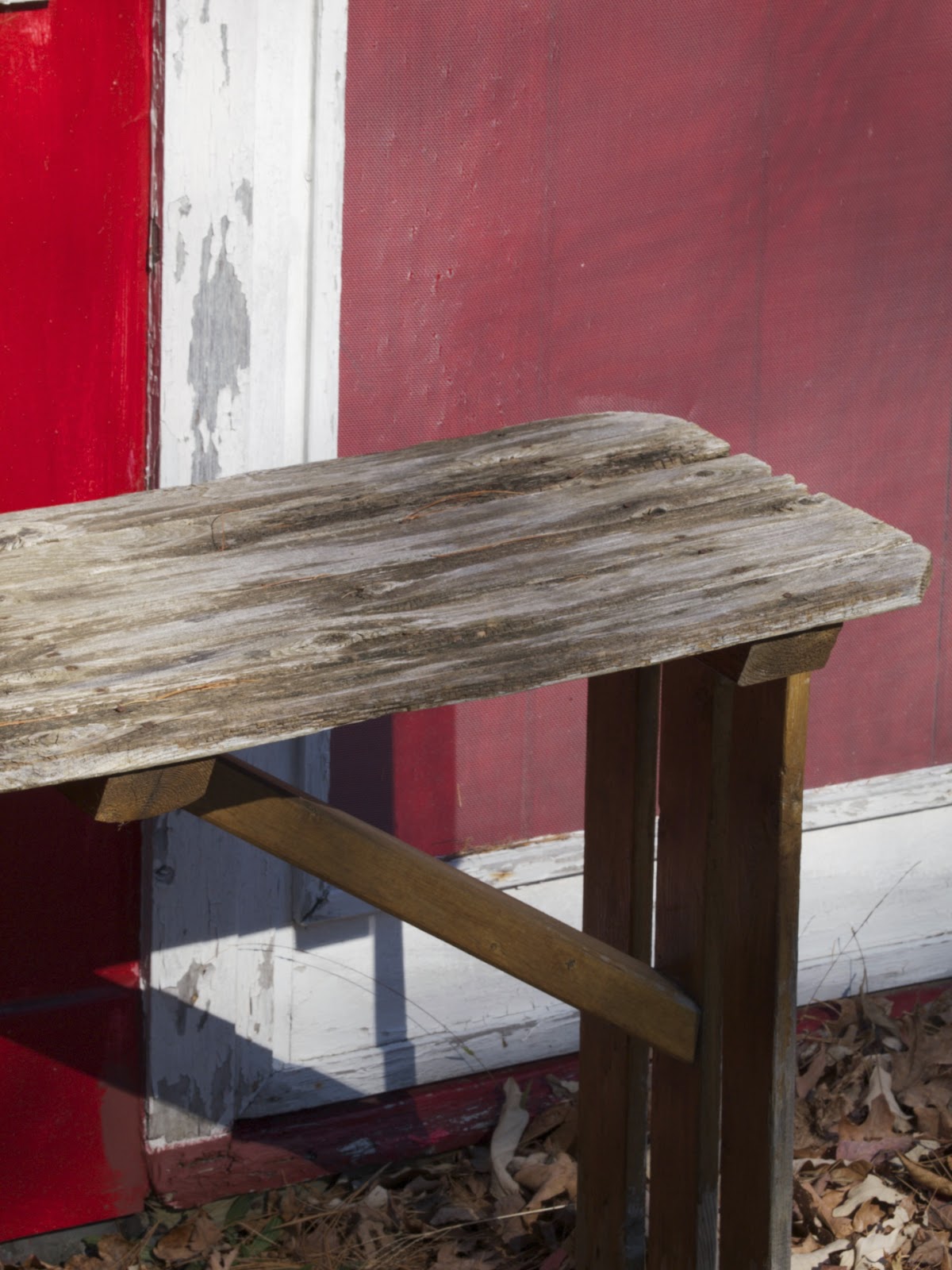