My oldest sister, Lorraine, died on Tuesday 2 June.   Her death, while sudden, was not entirely unexpected in the context of some medical problems that were diagnosed about a year ago.  It was one of those settings in which being a physician is a tremendous disadvantage.  We know too much.  That makes it difficult to deny the reality of the future.  The funeral was Wednesday 10 June.  I celebrated and preached.  The readings and homily are below.

Lorraine lived in the Wilmington, DE area for at least 50 years.  I drove to PA the Thursday after she died and, after a few days in our hometown, checked into an Inn about 15 minutes away from the church.  It was also 15 minutes away from Longwood Gardens.  Once the homily was finished I went over to Longwood for several hours with the camera, the better to wrap my head around the changes that will overtake the family.

For Lorraine it was exactly that, an instant, a mere instant between life and eternal life.  For those of us left behind to mourn  it was, is, and will be for a long time, an instant we wish had not happened.  It was an instant that plunged us into a world of perplexity, a world of grief, a time of sorrow and confusion. It will take a long time before things seem to make some sense.  There is a degree of comfort in the reading from the ancient Book of Wisdom. But only a degree.

"The souls of the just
are in the hands of God
and no torment shall touch them."

Hearing these words of assurance  so soon after Lorraine's unexpected death gives us only a hint of comfort.  For now.   However, the readings from Wisdom, from Paul's Letter to the Corinthians, and from John's Gospel remind us that death is not the end.  It is a beginning.  It is a beginning that none of us can know or describe or fully apprehend no matter how hard we try.
Lorraine will be missed by many people.  She will be missed in a manner that will be unique to each of us.  She will be missed in a way that is specific to the nature of the relationship each of us had with her.  For many, if not most of us, it will be the absence of the little things in particular that will provoke  some of the most severe pangs of grief over the coming months and years.  It will be difficult at Christmas when I have to actually purchase for myself  the toothbrush and 12-pack of Penn State embossed pencils that arrived annually without fail for the past twenty or so years.

Lorraine had a close relationship with our cousin Susan Gaylor and, in particular, with her daughter Rosie, now a 24 year-old who will start medical school in August.  Susan is in Ireland today and could not be here.  She sent a long letter of recollections of Lorraine.  I want to share some of them with you.

"I can remember the phone call from Lorraine as I lay in my hospital bed, holding Rosie who was one day old.  'Congratulations, and would you mind if Jim and I sort of adopted Rosie?'"  She went on to explain that Lorraine wanted to do special things for her on holidays and the like.

A forty-one year old first-time mother Susan wrote, "Mind?  I needed all the help I could get!!!"  She continued.  "Little did I realize what Lorraine would go on to do for us. There was all that exquisite needlepoint.  There were the carefully smocked dresses. They were works of art."  But, "over the years, Lorraine was always there.  She was not a distant supporter. First communion, confirmation, graduation .  .usually showing up with some wonderful delectable foods to share.

Lorraine was a role model for me. Raising an only child has certain challenges.  When I see the beautiful job Lorraine did raising Kate,  a strong, smart, successful and happy woman, it is inspiring.  One day Lorraine said,  'Don't worry, Susan, there IS life after 50!'  How right she was.  One only had to look at her and Jim planning their next trip or adventure."  She ended, "Yes, Lorraine, you were right, life is what you make it, and it can be great an any age.

Thank you for being such a great role model."

"Don't worry, Susan, there IS life after 50!"  For Lorraine there was life after 50, after 60, and deep, very deep, into her seventies.  But, it is the promise of our faith that there is always life, even after life as we know it on this earth, has ended. That is the gift of eternal life.

It is that sure knowledge, it is that faith in eternal life, that allowed St. Paul to ask, with a tone of defiance and perhaps even sarcasm,

That faith is strengthened when we hear Jesus proclaim,

"I am the resurrection and the life,
whoever believes in me
will not die for ever"

Death has a different meaning for those who profess themselves to be Christian.  It is no longer simply an inevitable future to which you must resign yourself.  It is no longer a condemnation.  Dying in Christ is dying to death itself.  As we heard in the first reading moments ago,

In the Gospel, Jesus instructed his disciples, as he instructs us at this moment, "Do not let your hearts be troubled.  You have faith in God, have faith also in me."  We know, of course, that we will have a difficult time following this instruction.  Our hearts will be troubled for a long time. Our faith will waver, it may seem to disappear.  We hear of that tenuous faith in the Gospel when Thomas, the one who doubted Jesus' resurrection, asked,  ". . . we do not know where you are going; how can we know the way?"

Many of you may not know that for a woman who did not drive, Lorraine was a superb navigator. She was better than GPS.  And she pre-dated GPS by a few years.  You ignored her instruction to turn right at your own peril.   (You know who you are.)

At the end of the Gospel Jesus replied to Thomas,  "I am the Way and the Truth and the Life.  No one comes to the Father except through me."  We will leave this church bereaved but we are also called to leave with a small degree of comfort.

Lorraine always knew the way.  Now she knows the Way, the Truth, and the Life."

Eternal rest, grant unto her, O Lord`
and let perpetual light shine upon her. 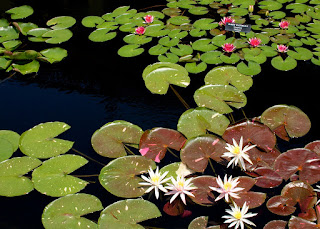 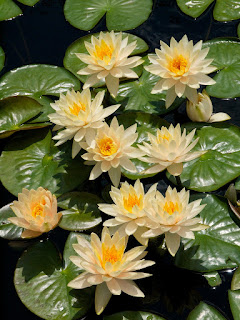 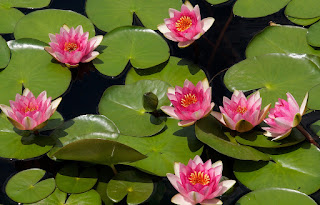 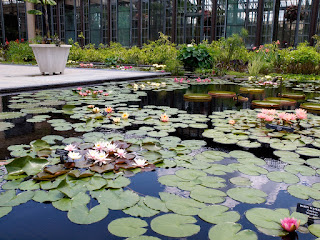 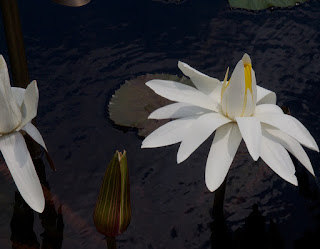