“A leper begged him and said,
‘If you wish, you can make me clean.’”

I said, “I confess my faults to the Lord,
and you took away the guilt of my sin.”

It is critical to understand that leprosy as used in scripture did not refer to the chronic infectious mycobacterial disease now known as Hansen’s disease.  While Hansen’s may have been present in the population during Jesus’ time it was probably not present during the time when Leviticus was written.  In addition,  the description of the disease in chapters 13 and 14 of Leviticus are inconsistent with Hansen’s disease as described in Harrison’s Textbook of Internal Medicine.  Finally, the word TZARA’ AT, translated as leprosy, was also applied to buildings and clothing, objects that may be infested but certainly are not infected.  One must ask then how TZARA’ AT was translated as leprosy?

Because biological theories of disease were millennia in the future the Bible used the same name for many conditions that looked similar, not unlike our use of, “I had a virus” as a catch all for feeling lousy. The Jewish Study Bible notes that the word TZARA’ AT in the Torah that is sometimes translated leprosy was, in humans, a scaly eruption of the skin.  Think psoriasis.  Leprosy comes from the Greek root LEPI which translates as scales of a fish.  Thus, it is easy to understand how we get from TZARA’ AT to leprosy; which is one of but one of many dermatologic afflictions that may include a scaly appearance.

The fear of TZARA’AT  only makes sense  if we compare the understanding of life, illness and death in the Ancient Near East with the modern understanding.

We understand life and disease as part of a continuum that is radically ended by death.  One may be ill but one is still living until the moment of death. In the Ancient Near East, however, life was radically discontinuous with disease.  Disease and death formed a continuum such that disease was understood as a “mild form of death”  or “a living death” if you will.   When it came to TZARA’ AT specifically, the individual afflicted  with scaly, and perhaps oozing, skin lesions was thought to be losing life’s vital force from his or her body and thus already actively dying.

Illness itself was understood as the result of sin.  It was seen as a punishment visited upon the individual, the group, or the nation.  Illness, as exemplified by leprosy, was visible evidence of uncleanness.  It was evidence that one was a sinner.  One need only read the book of Job for a vivid illustration of this belief in Job's friends who came to condole with him.  Of course those of us who live in the 21st century are MUCH too sophisticated for that kind of belief.  In fact, we are not, but that is a separate homily.

The leper who approached Jesus had suffered much.  He asked that Jesus exhibit something that was in short supply in his life: pity or, in another translation, compassion. In his compassion for the man’s suffering, his isolation from society, and even his alienation from himself, Jesus healed him of the visible evidence that he was a sinner.  Jesus returned him to society.  Jesus gave him back to himself.

Jesus did and continues to do the same for us.  Like us in all things but sin, Jesus, in his compassion,  took upon himself the burden of our sin and redeemed us from it.   By his action he freed us from death.  In the sacrament of confession he offers us the opportunity to be made clean again and again, as often as we may need to be  cleansed, of the internal lesions of leprosy.  He gives us the gift of being restored to right relationship with God and with our own selves.

In the formula of absolution one hears,
“God, the Father of mercies, through the death and resurrection of his Son has reconciled the world to himself and sent the Holy Spirit among us for the forgiveness of sins”

As we prepare for the beginning of Lent on Wednesday, as we enter the time when the Church asks us to confess our sins, what has historically been called the Easter Duty, a term that has fallen sadly into disuse, we need only hear the words of the psalmist to feel reassured.

“I confess my faults to the Lord,
and you took away the guilt of my sin.”

In the sacrament of confession we say with the leper.

“If you wish, you can make me clean”

The original plan was to fly to Naples, FL the day after the Super Bowl.  I was scheduled to give two lectures, one on Tuesday and the other on Friday.  both dealt with Alzheimer's disease.  As the first of the multiple huge snowstorms approached I changed the travel plans and thus arrived in Ft. Lauderdale an hour before the Super Bowl kicked off.  Rented a car and drove across FL.  Saw the second through fourth quarters.  The lectures went very well.  Immediately after the lecture on Friday I hopped on a plane for Chicago and thence to Boise, Idaho, a place I've never been, city or state.

In Boise I presented eight lectures and two homilies to the newly installed Bishop of the Diocese of Boise (Peter Christensen) and all of his priests.  It went very well.  The conferences were at the diocesan-run retreat house set on 40 acres about ten minutes from the airport and twice that from the city.  The distance from the city didn't matter.  After three lectures per day and a homily I was whipped at the end of the day.

Of course it continued to snow.  And snow.  And snow.  And snow.  Boston was getting buried.  I flew from Boise to Boston on Friday.  The only complications were after deplaning in Boston.  Traffic was so bad downtown that it was going to take the shuttle van close to an hour to simply pick me up.  No idea how long it would have taken to get to BC which would not be the first stop.  So, I took the T (subway for those of you who live beyond 495) to a predetermined stop and a buddy picked me up.  It was great to see my own bed.  Got one night in it.

We are now in snowstorm 3,546.  Because of the roads and dreadful prediction I drove to the Carmelites for the Aged and Infirm where I celebrate Mass several times per week on Saturday afternoon.  The snow was just starting (we got about 13 inches by morning) and committed to staying until after Masses on Monday.  Nice accommodations.  The sisters are tremendous women who do great work.  I am going to designate Thursday as a don't-get-out-of-the-sweats days when there is finally an unplanned and uncommitted day.

The photos are from Philly and Longwood gardens.  We will probably never see flowers again in Boston.

Two shots of the skyline of Philly, one during the day and the other at sunset.  What looks like mountains in the sunset is a cloud.  No mountains in Philly.  The photos were taken from the old Holiday Inn near the Belmont Plateau. 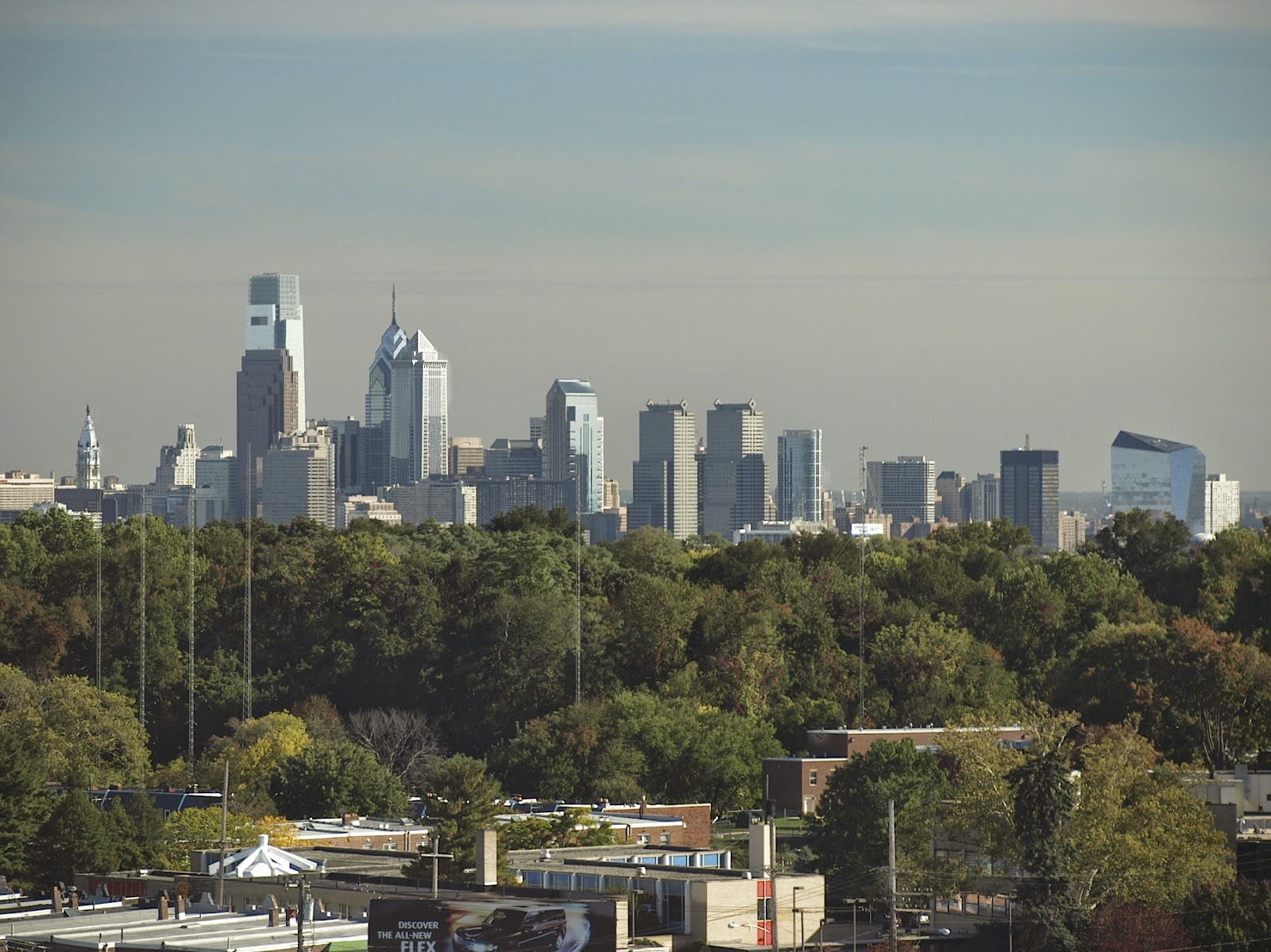 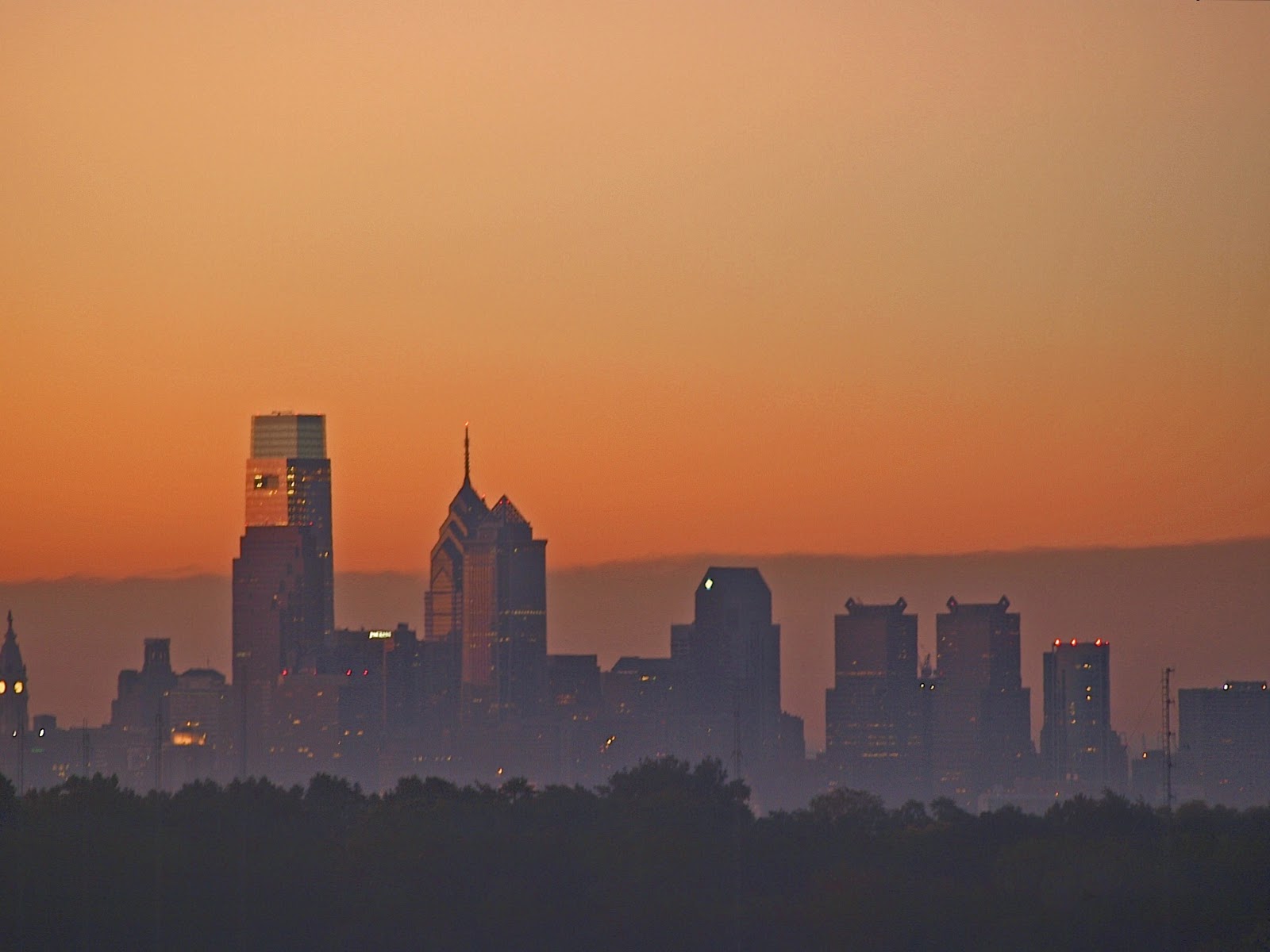 Longwood Gardens is where I learned to take photos.  Haven't been there in a while I may be able to get there in the spring when I go to Temple Med for our fortieth reunion.
The first is a bird of paradise. 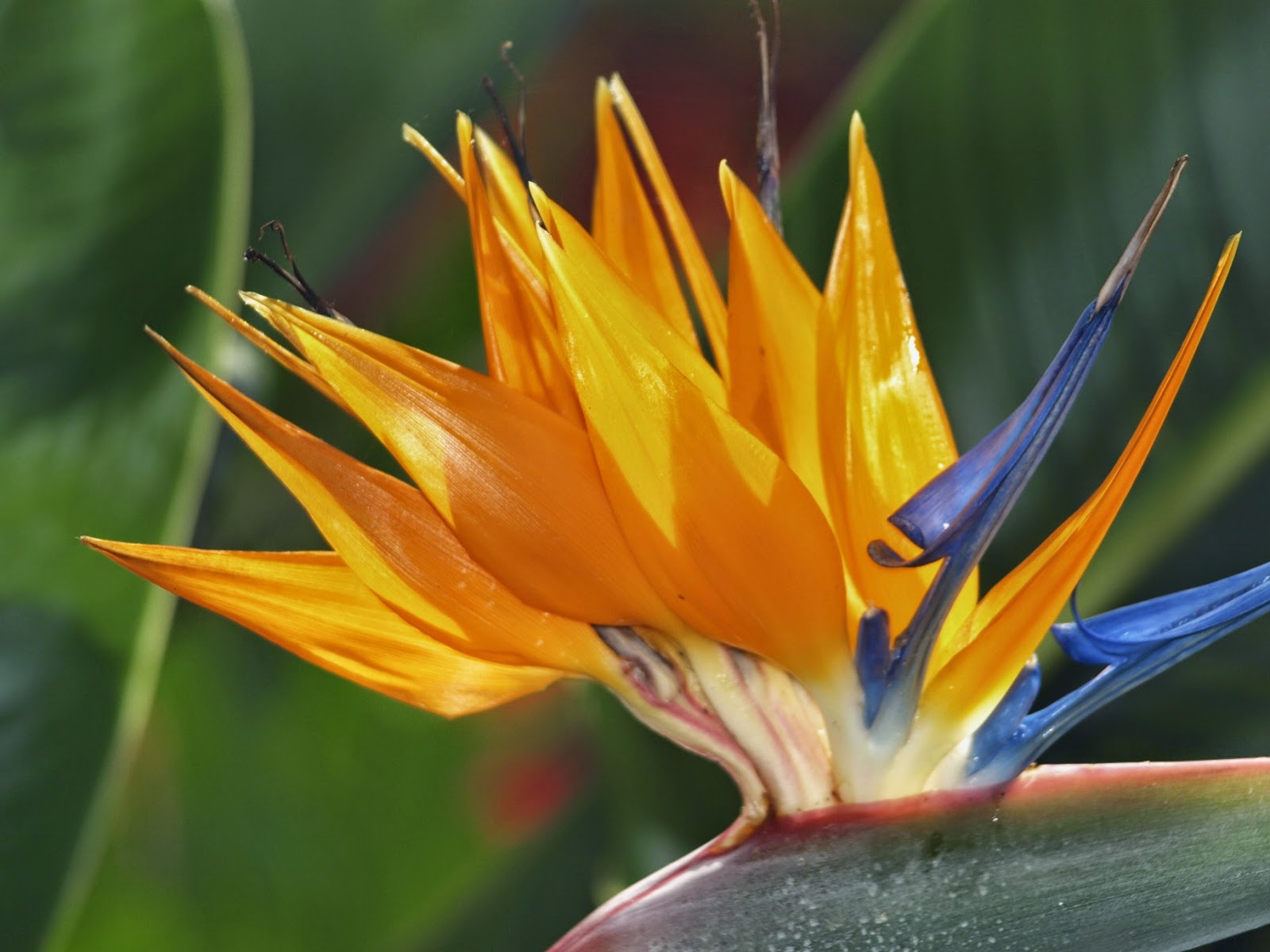 Reflections in a glass door in the huge atrium. 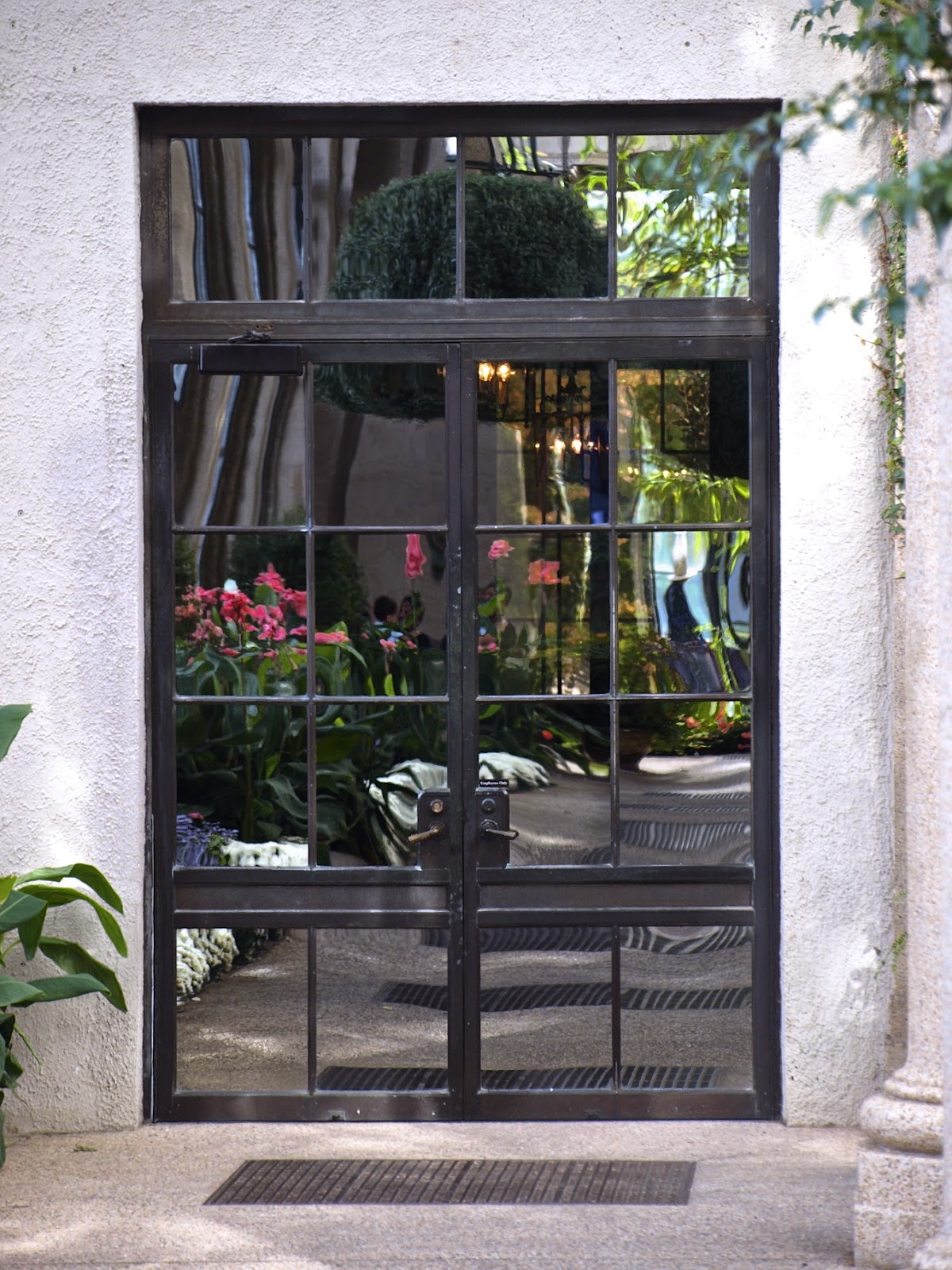 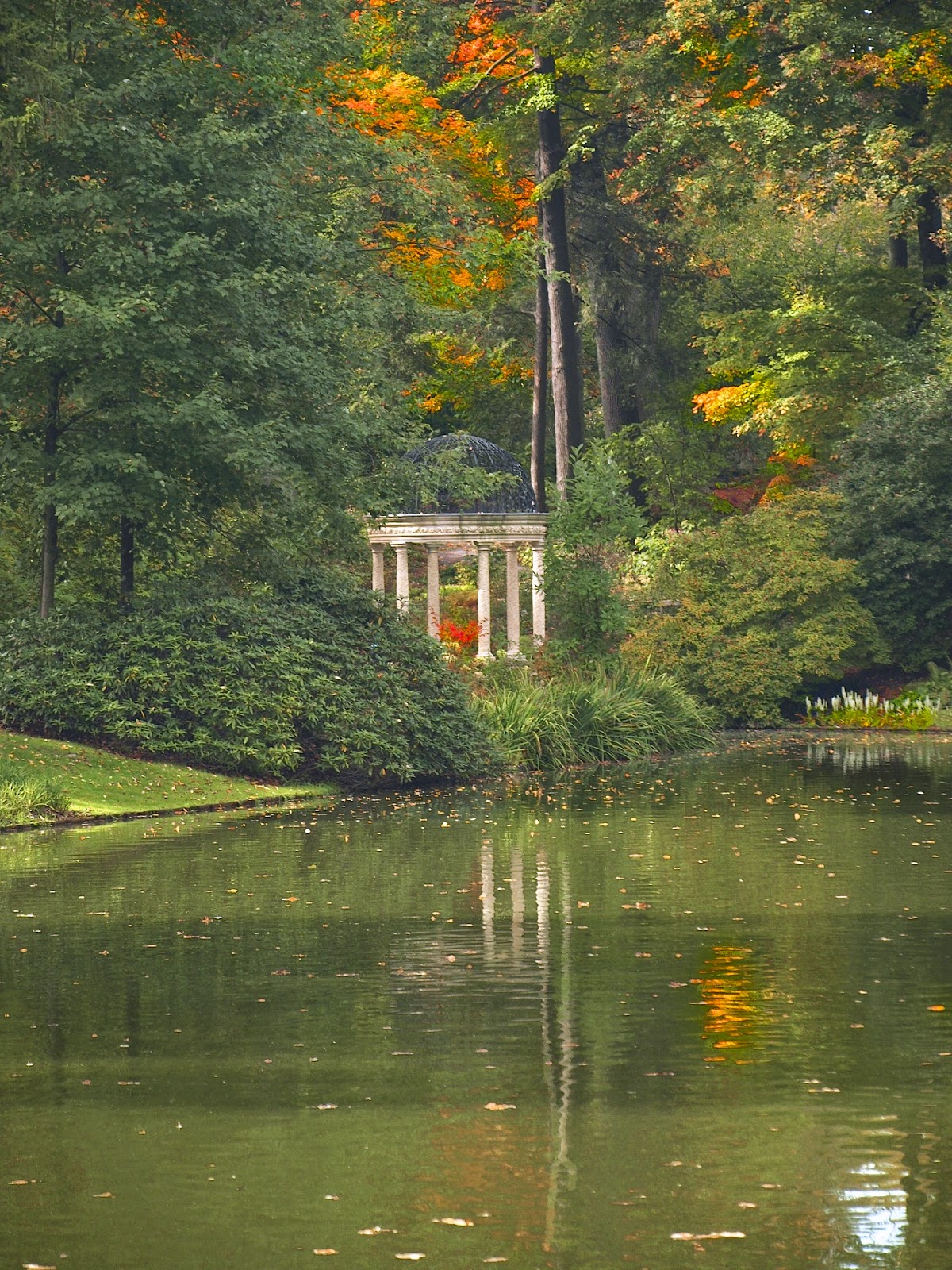 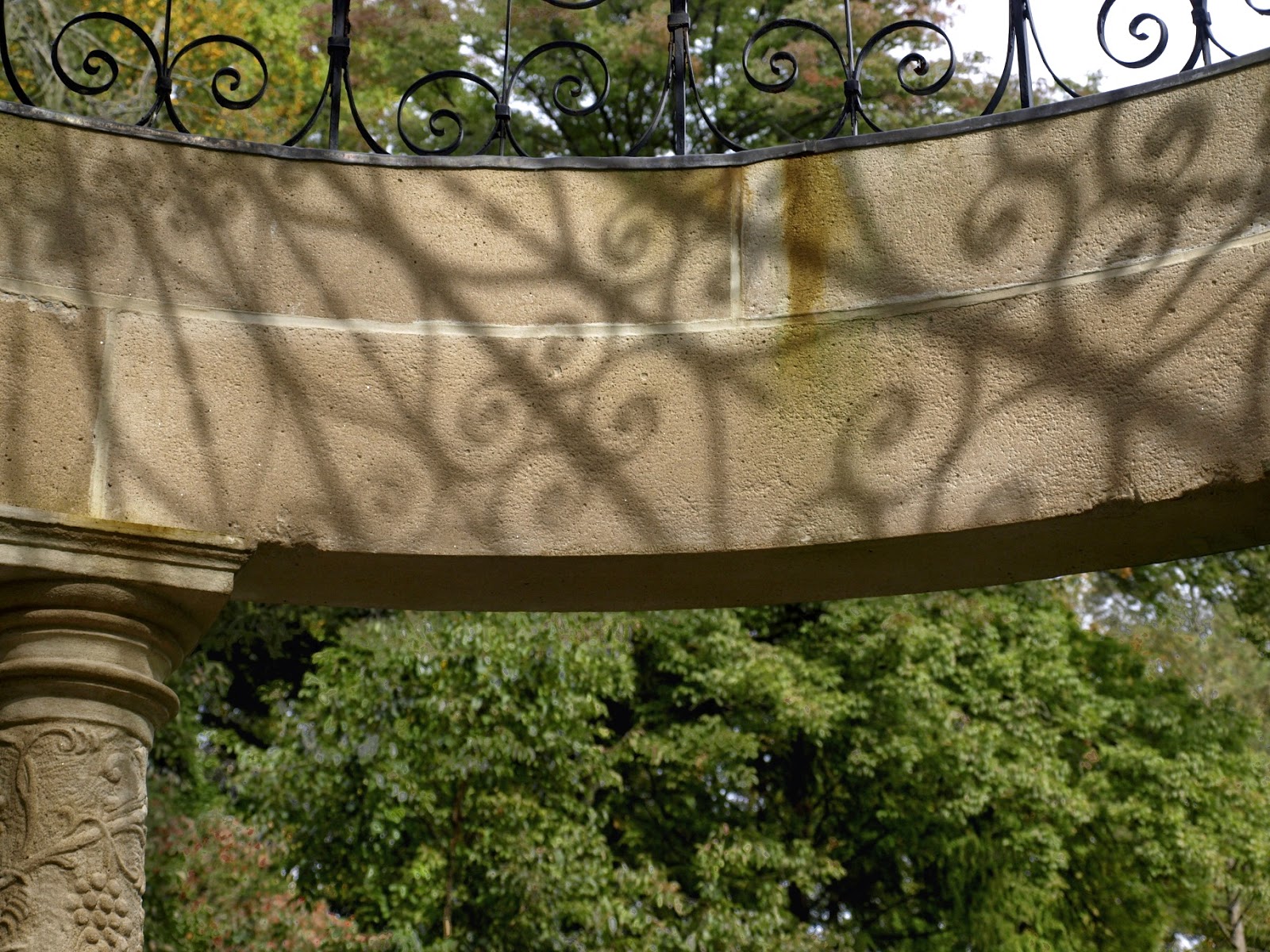