Every year during lent the Gospel on the first Sunday recalls Jesus' temptations in the desert.  And every year the second Sunday is reserved for the narrative of the Transfiguration which appears in all three synoptic Gospels.  There are some minor differences across the three evangelists' accounts, but the main actors and the content are identical.  The narrative of the Transfiguration is difficult to comprehend because it pulls us outside of normal daily life.  It pulls us out of reality.  It also pushes us away from what we know and can understand.  Today's Gospel forces us to confront an event that cannot be explained or revealed any further.  Jesus’ transfiguration simultaneously points us towards a mystery and draws us into a mystery.  It is disorienting.  The Transfiguration is a mystery beyond historical reconstruction, scientific explanation or geographic specificity. The narrative of Jesus' Transfiguration, like many of the mysteries of our faith, offends the sensibilities of many "modern" people because it appears irrational, impossible, and supernatural, and well, like the healing miracles, the irrational, inexplicable, the miraculous, are not acceptable to many.

Create the scene in your mind. Enter into the action as if you were stepping into a movie.  Join the three apostles as a fourth witness to Jesus' Transfiguration.  Observe along with the apostles how Jesus is speaking with Moses and Elijah, the Law and the Prophets. Where are you standing?  What do you see?  What do you hear?  What do you feel?

Turn your attention to Peter.  Peter began to speak without thinking what he was saying. Why? Was it fear, anxiety, awe, excitement, all of the above, or none of the above? For any of us to claim that we would have responded differently, that we would never have behaved in the manner of Peter, would be absurd, dishonest, and breathtakingly arrogant.  Despite the popular sport of apostle-bashing, a sport that is enthusiastically played in some academic theological circles, none of us would have responded any better.  Most likely, we would have acted worse. Perhaps we would have pulled out the Ancient Near East equivalent of a cell phone and snapped pictures to tweet to the rest of the apostles down at the bottom of the mountain.  Maybe even a selfie with Jesus, Moses, and Elijah.  (Yo'.  Elijah.  Squinch in a tad.  C'mon, smiiiiiiile.)

As the tension increased the voice of God the Father confirmed Jesus' identity: "This is my beloved Son, with whom I am well pleased."   This statement is significant.  Six days earlier as detailed in the previous chapter of Matthew (Mt 16:13-ff) Jesus asked, "But who do you say that I am?"  Peter got it right but then also got everything very wrong in the same conversation prompting Jesus to respond "Get behind me satan . . . . "  But now, Peter and the other apostle's have the Father's confirmation that Jesus is who they understand him to be.

After confirming Jesus' identity God the Father gave the apostles, and by extension each of us, a mission: "Listen to Him."  Interpreters do not agree about the meaning of God’s command to listen to His beloved Son. Does it refer to the earlier prediction of His passion and death? Does it refer to listening and living in accordance with His teaching? Both?  Neither?  Today the command as we hear it is unmistakably clear.  We know that Jesus suffered and died.  That historical reality removes ambiguity and uncertainty.  We are to listen to His teaching. We are to listen to the teaching that was given to us through His words and actions.

Jesus' words and actions, His teachings and miracles, and His parables and way of approaching people can never be separated to create our own version of who and what we want Jesus to be.  Any quote, theology, unquote that understands Jesus as a sort of nice guy and itinerant wisdom teacher who said some radical things but discounts or denies the miracles that make some moderns very uncomfortable, gives us an inauthentic two-dimensional Jesus who is not worth paying attention to.  And a theology that focuses only on the miracles and the supernatural does the same thing. Fully Divine, fully human, and like us in all things but sin is the only way to understand Jesus, Son of God and Son of Mary, incarnate by the Holy Spirit, consubstantial with the Father and the Spirit.

As we listen to Jesus, as we take His teaching to heart and allow it to transform us through his triple presence in this assembly of people, in prayer and reflection on scripture and, most critically and palpably, in the reception of the Eucharist, we move that much closer to sharing in the glory manifest in the Transfigured Jesus.

It was a good retreat.  The Franciscan community was very hospitable and accommodating.  Nice room and good weather (the Franciscans had nothing to do with the weather) and good food.  I chose not to maintain strict silence at meals as I wanted to get to know at least some of the men.  But except for breakfast and dinner at noon, I was invisible and silent.  I'd refused the superior's offer of the wi-fi code as internet silence was key and probably these days more important than verbal silence.

I did not make any major discernments, though that was a hope, but at least the questions to be discerned have clarified themselves.  I had a private chapel for Mass but concelebrated on Sunday at the international Mass.  The retreat ended on Thursday evening.  That wasn't the plan but I've learned that the body, heart, and mind suddenly give out a message "retreat is over!"  And so it was.  Except for Monday (lousy weather) I had gone out every day with the camera.  One day I passed a restaurant that served caipirinhas, the national drink of Brazil (at least unofficially).  I lived in Brazil for a year 49 years ago and was of legal age.  While I don't get many caipirinhas, the first sip is enough to cause an out of the body experience.  Suddenly I'm 18, in Brazil with my friends (one of whom recently contacted me), loving the samba beat of life in Brazil in those days.  A caipirinha (large and expertly made) was perhaps the perfect way to end the retreat.  After one (two would have had me dancing samba on the bar and three would have made me sing as well) I walked back with a new perspective on what may have been the single most influential experience of my life that explains how I got to where I am now.

One of the intentional photographic forays was to the Orthodox Church of Sts. Cyril and Methodius at the edge of Tivoli Park (next week).  It is not large but magnificent.  Fortunately I had the right lenses and the light was cooperative.  No need to describe each of the photos except for perhaps the area where the votive candles are lit.  Very different from what most Roman Catholics are used to. 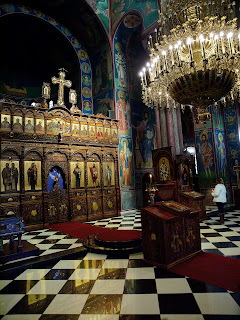 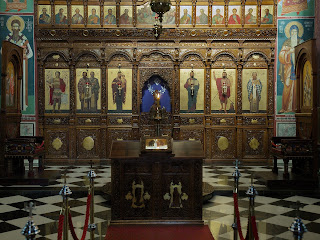 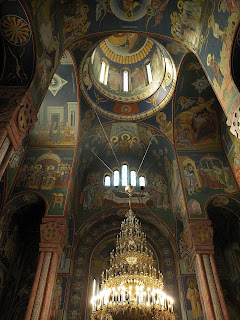 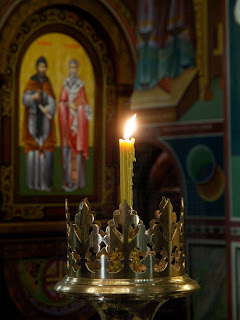 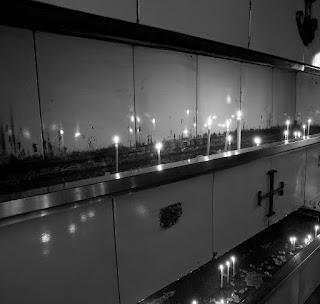 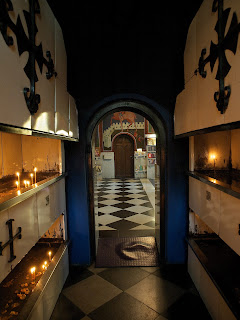 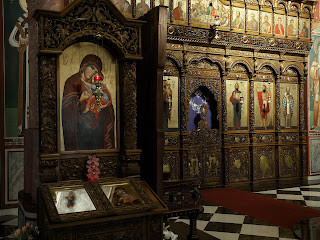 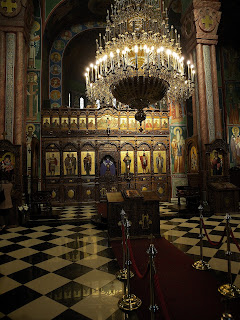 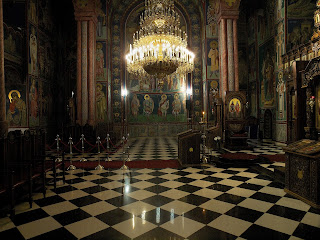