The Solemnity of St. Joseph

Matthew’s description of the events leading to Jesus’ birth contains fewer details than Luke’s. It does not include the splendid prayers from Luke that have become part of the Church's liturgy.  But it is as important as Luke's exquisite narrative.  Matthew’s Gospel is filled with human drama. It is marked pathos, anxiety, and fear.  The most important feature of today's Gospel is that we hear about Joseph and see why he was called a righteous man. We learn of Joseph’s compassion.  Because was unwilling to subject Mary to shame for being with child he planned to divorce her quietly.  And then Joseph’s anxiety and concern were put to rest by the angel who appeared to him in a dream.

"do not be afraid . . .  it is through the Holy Spirit that this child has been conceived . . . She will bear a son and you are to name him Jesus, because he will save his people from their sins.”

Joseph’s yes was silent.  It was as important.  It also continues to echo through the universe.  But it echoes through example rather than as sound.    Joseph was righteous because, like Mary, his obedience to God was immediate and without question.  An angel would come to him in a dream again after Jesus' birth.  In his obedience, in his role as protector of his wife and child,  Joseph would take his young family to Egypt for an extended exile that would last until Herod’s death.  The trip from Nazareth to Bethlehem with a pregnant wife could not have been easy. The flight  to Egypt was probably even more difficult and filled with greater anxiety and fear.

Pope Francis was inaugurated four years ago on the Solemnity of St. Joseph. he asked the following question in his homily.  "How does Joseph exercise his role as protector?"  He then answered it in a way that explains why Joseph
must be a model for all of us, and a model in a particular way for all fathers.

Joseph exercised his role, "Discreetly, humbly and silently, but with an unfailing presence and utter fidelity, even when he finds it hard to understand."

“That is why it was credited to him as righteousness.”

St. Joseph, pray for us.

Unlike the U.S. where the solemnity will be celebrated liturgically on Monday the solemnity is being celebrated here today, Saturday.  In about twenty minutes I will head downstairs to meet my ride to Brezje, about 40 minutes to the north (I think) where I will celebrate Mass in English for a group of international students studying here.  As a result I will miss the archbishop who will be here for the 4 PM Mass.  Both cameras are packed in the backpack.

I took the photos below on Thursday two weeks ago when I arrived at the Franciscan Church for retreat.  As I was sliding into it I went out for about ninety minutes with the camera.  Night photography is different than daytime shooting.  Everything was taken within one-half mile of the church.  Must recheck everything for the trip to Brezje.  No time to narrate each photo. 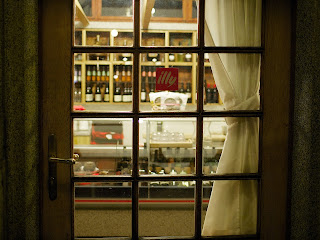 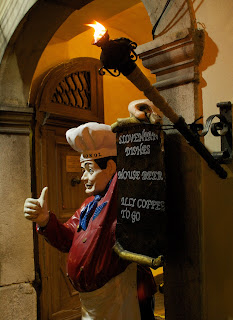 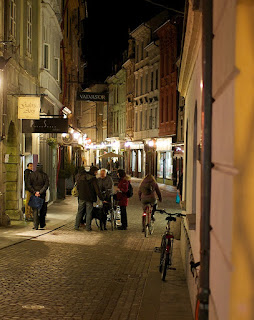 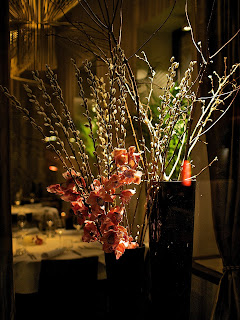 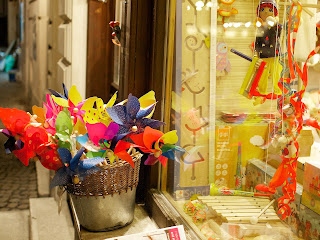 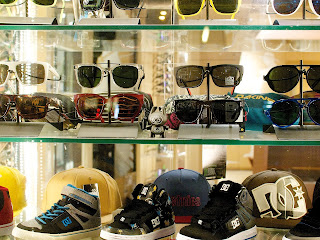 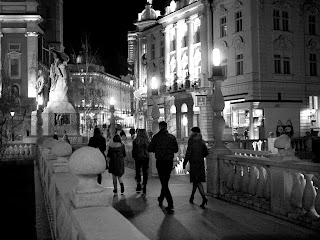 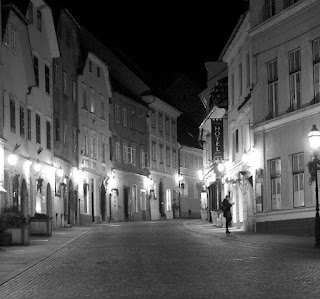 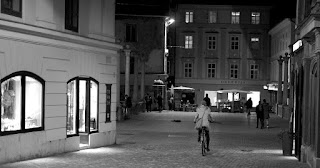