Feast of the Transfiguration

The Transfiguration draws us into a mystery that is beyond the reach of historical reconstruction, the grasp of scientific explanation, and well-beyond the possibility of geographic verification. All of these are irrelevant to the meaning of this feast. The Transfiguration represents the fulfillment of scripture, the fulfillment of a promise, and the beginning of mankind's salvation.as in the reading from Daniel:

"The Son of Man received dominion, glory, and kingship;all peoples, nations, and languages serve him. His dominion is everlasting;his kingship shall not be destroyed."

"His dominion is everlasting;
his kingship shall not be destroyed."

On this Feast we recall Jesus appearing in brilliant glory to three of his disciples while in the company of Moses and Elijah, the Law and the Prophets.  Imagine the scene:  Dazzling light.  Moses and Elijah speaking with Jesus.  Place yourself with the apostles. Stand with them on the mountain.  The tension becomes almost unbearable.  And then you hear God's voice: “This is my chosen Son, listen to him.”

The Father confirms that Jesus is who Peter had earlier confessed him to be: the Christ, the Son of God.  The Father has given you a mission: "Listen to him."

Like the apostles, you are stunned into silence and overcome with awe.  On this day Jesus--Jesus the Nazarean, Jesus the teacher, Jesus the wonder worker, Jesus the healer was revealed in his Divinity.

We recall another event today. That event was also marked by blinding light.  It was also overshadowed by a cloud.  It was an event which, if you place yourself at the scene, will cause stunned silence and prostration.

August 6 is the date the Church sets aside to recall that Jesus revealed his Divinity on a mountain.  On August 6, 1945 the human race revealed its depravity at Hiroshima.

The world would never be the same. Hiroshima captured in one event the sum total of human sin since the fall of Adam and Eve.  It took the cumulative horrors from all the wars of the past centuries, from the twentieth century, the bloodiest in history, and condensed them into a singular event.  This time God did not give mankind a mission from the cloud.  There was a terrible silence.  There was a void.  Or was there?  The voice of God was obscured by the explosion.  It was not silenced.

Over two thousand years since Jesus' incarnation, birth, passion, death, resurrection and ascension, and seventy-four years since Hiroshima, the mandate: “listen to him” is as compelling and urgent for us as it was for the shaken apostles.  Indeed, it is more compelling because Hiroshima, and Nagasaki three days later, demonstrated a capability for destruction on a large scale that is unique to the present time, a capability that will only increase. A capability shared by too many countries.

As we listen to Jesus, as we take his teaching to heart and allow that teaching to transform us, we move that much closer to the eschatological glory of  the transfigured Jesus.  If we adhere to the teaching of the Gospel, we can move from the apocalyptic destruction of the nuclear bomb, the mass-murders of the various genocides, and the concerted, systematic, and government approved attacks on morality and human life--the child and the womb and the ill elderly--that tell us that human life is ultimately without value.

The psalm reminds us as it proclaims.

"The mountains melt like wax before the LORD,
before the LORD of all the earth.
The heavens proclaim his justice,
and all peoples see his glory."

The weather was glorious.  All of the photos below are from this weekend.  I was quite busy but there was time to wander on Sunday.  Long drive back today as I left later than usual.

The "blue hour" in the early AM.  The blue hour is a period of time--generally less than an hour--when the sun is below the horizon either before it rises or after it sets.  The physics of light result in a blue tint to everything.  This is about halfway up Equinox.  The view on this side is the valley.  shooting in the other direction is the Charterhouse. 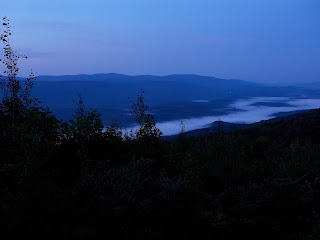 Lake Bardo (I think that is the name) near the guest house in which I stay when I am there.  The light fog was lifting from the lake.  Alas, there was no big fog to shoot in the early AM but it was lovely nonetheless. 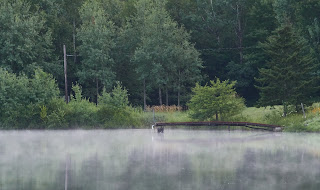 That red dock is a challenge.  It is very unlevel and there is no handrail.  Always feel a little unsteady when on it. 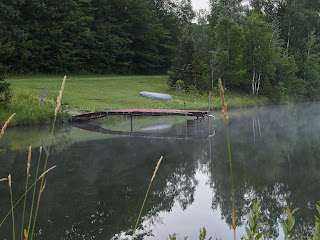 The irregularity of the dock is a little more apparent. 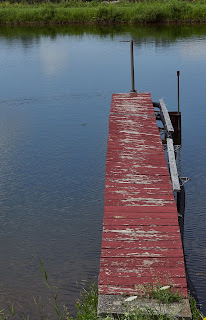 There are wildflowers everywhere up there. 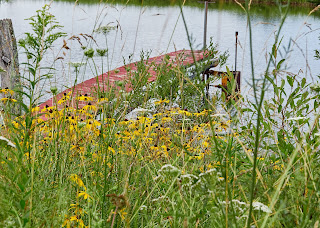 The rowboat was on Lake Madeleine last year. 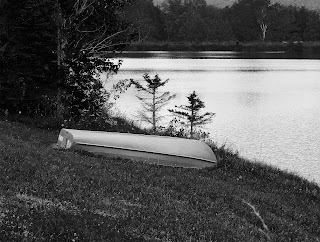 A profusion of wildflowers 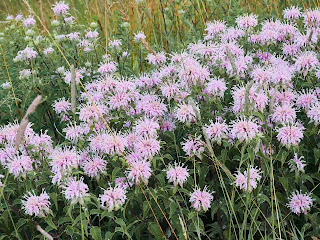 A hint of Christmas without the obese dude or anthropomorphized reindeer. 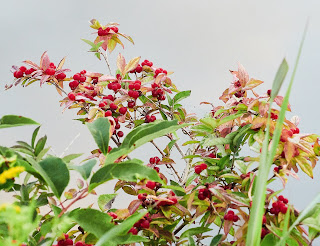 I rarely manage to capture a butterfly. 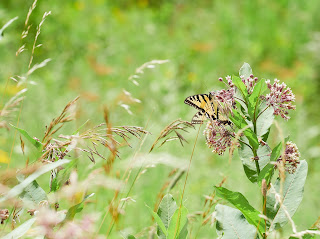 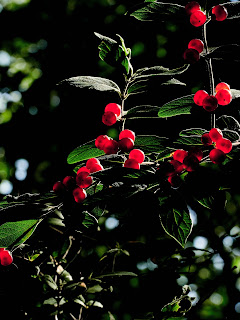 A spider web at the gift shot with mini-spectrums 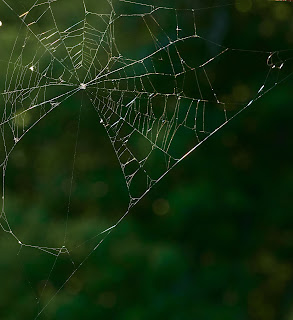 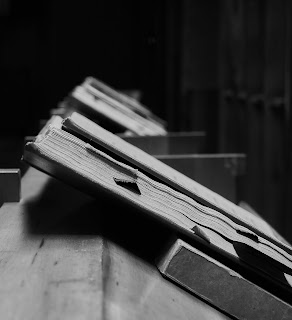 Refectory set for the Sunday meal. 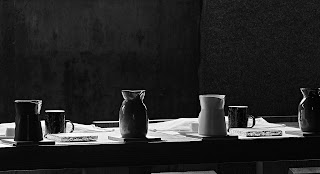 Sacristy being hit by the sun in just the right way. 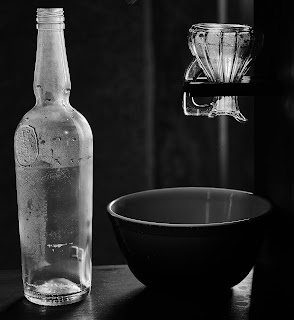